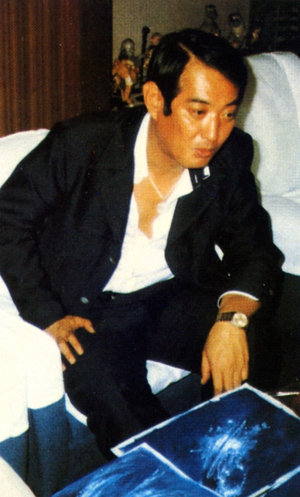 “Galaxies collide! An empire crumbles! An entire planet is flooded!”

Sunday, I woke up to read the news online that Space Battle Yamato producer and co-creator Yoshinobu Nishizaki—a towering figure in the anime industry if ever there was one—had died.

It wasn’t a normal death, either.

Nishizaki, who was 75 years old, had fallen into the sea from his new boat—a research vessel named Yamato—and drowned.

Nishizaki’s death had occurred in the middle of a full-blown Space Battleship Yamato revival in Japan. The previous day, I edited the first review anywhere of the new live-action Yamato movie for the Otaku USA website. The author, Tim Eldred, was also in the process of arranging an interview with Nishizaki which we would have soon presented. The timing could not have been stranger.

The bad news came close on the heels of another major blow to the anime world. Summer 2010 ended with the sudden and unexpected death of director Satoshi Kon (Perfect Blue, Paprika). But the feeling was different this time. Kon was only 47 years old. Perhaps his greatest works were still ahead of him. Nishizaki had already made his impact.

In Japan, the success of his Space Battleship Yamato had changed the anime industry, the music industry, heck, even the entertainment industry. And when Yamato was shown abroad as Star Blazers, it changed many lives including my own.

But who was the man who had shepherded and watched over Yamato since its origins in the early seventies? The old anime books I had collected over the years revealed two sides. Pictures of Nishizaki (and there were always pictures of Nishizaki…) showed a severe unsmiling man dressed like a businessman—the sort you would probably not want to work for—or a grinning benevolent Walt Disney-like figure shaking hands with legions of young Yamato fans at movie premieres. 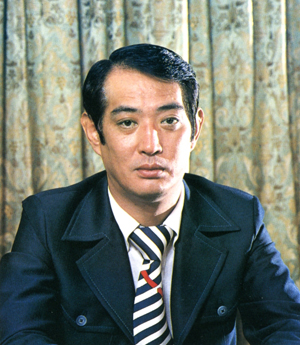 The inevitable “would you trust this man to sell you a car” mug shot
from a 1978 Yamato book.

As the news of Nishizaki’s death spread on Sunday, the netizens of the 2chan message board in Japan created multiple threads devoted to him. All the old rumors and war stories came out one more time.

There was mention of the “Nishizaki Incident” wherein the famed producer signed a contract that denied Osamu Tezuka any income from several anime he had created; a cutthroat move that effectively destroyed Tezuka’s anime studio Mushi Productions.

There were multiple run-ins with the law. Nishizaki had been sued by manga artist Leiji Matsumoto over the copyrights to Yamato. Most notoriously, he had recently spent years in jail on drug and gun charges.

No matter how one wanted to frame it, Nishizaki’s legacy came with lots of baggage.

Back on the net, 2chan users were quick to jump to conspiracy theories. The elderly Nishizaki had been seen in a wheelchair of late, so why would he suddenly take up swimming? Why did it take a full 20 minutes in-between his plunge over the side of his boat and a rescue team to reach him? His assets included the rights to a massive entertainment franchise that had now made the leap to a live-action film. Could it be that he was worth more dead than alive to someone?

Even in death, Nishizaki was creating controversy and making headlines. It was a fitting end for a master showman.

At a time when most anime in Japan was TV-only or marketed in kiddy matinees, Nishizaki, an independent outside of the studio system, was determined to turn the act of watching Yamato into an EVENT. There was always some crazy state-of-the-art gimmick attached to the Yamato films, which dominated the box office from the late seventies to the early eighties: 6 channel surround sound, widescreen aspect ratios that suddenly changed mid-film, multiple endings… stuff movie viewers take for granted today, but was downright visionary back then. 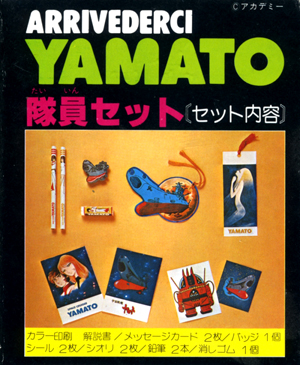 The Yamato fan club membership kits that funded the madness.

As Gainax studio founder and former “Otaking” Toshio Okada points out in his new tell-all book “Will”, Nishizaki had studied and modeled his persona on the Hollywood producers of old. With epic movies came a lot of bad habits: substance abuse, greed, abuse of power, womanizing, and shady business deals.

Okada likens Nishizaki to a dinosaur, the last of his kind; someone who was out of step with the way that the entertainment world—and anime industry—was headed. God-like producers would be increasingly eclipsed by superstar directors and, in the case of anime, creator-run studios like Gainax and Ghibli.

Although his subsequent anime productions like Blue Noah (1979) and Odin (1986) were destined to fail and become jokes, Nishizaki would insist in playing the role of the big shot tycoon to the hilt. But when his fantasy connected the public’s imagination; the result was…well, YAMATO.

And although it was the work of many hands, Nishizaki was to the franchise what Gene Roddenberry was to Star Trek or George Lucas to Star Wars. The phenomenon couldn’t have happened without him… or without us demanding more. With his strange and oddly-timed passing, a great age has passed on too.

As the new live-action movie shows, Space Battleship Yamato is fated to live on, but I don’t think it—or anime—will ever be the same.

Patrick Macias is the editor in chief of Otaku USA magazine. He can be found on-line at www.patrickmacias.blogs.com

Ivy the Kiwi?
Ninja Gaiden 3 to Reboot the Series