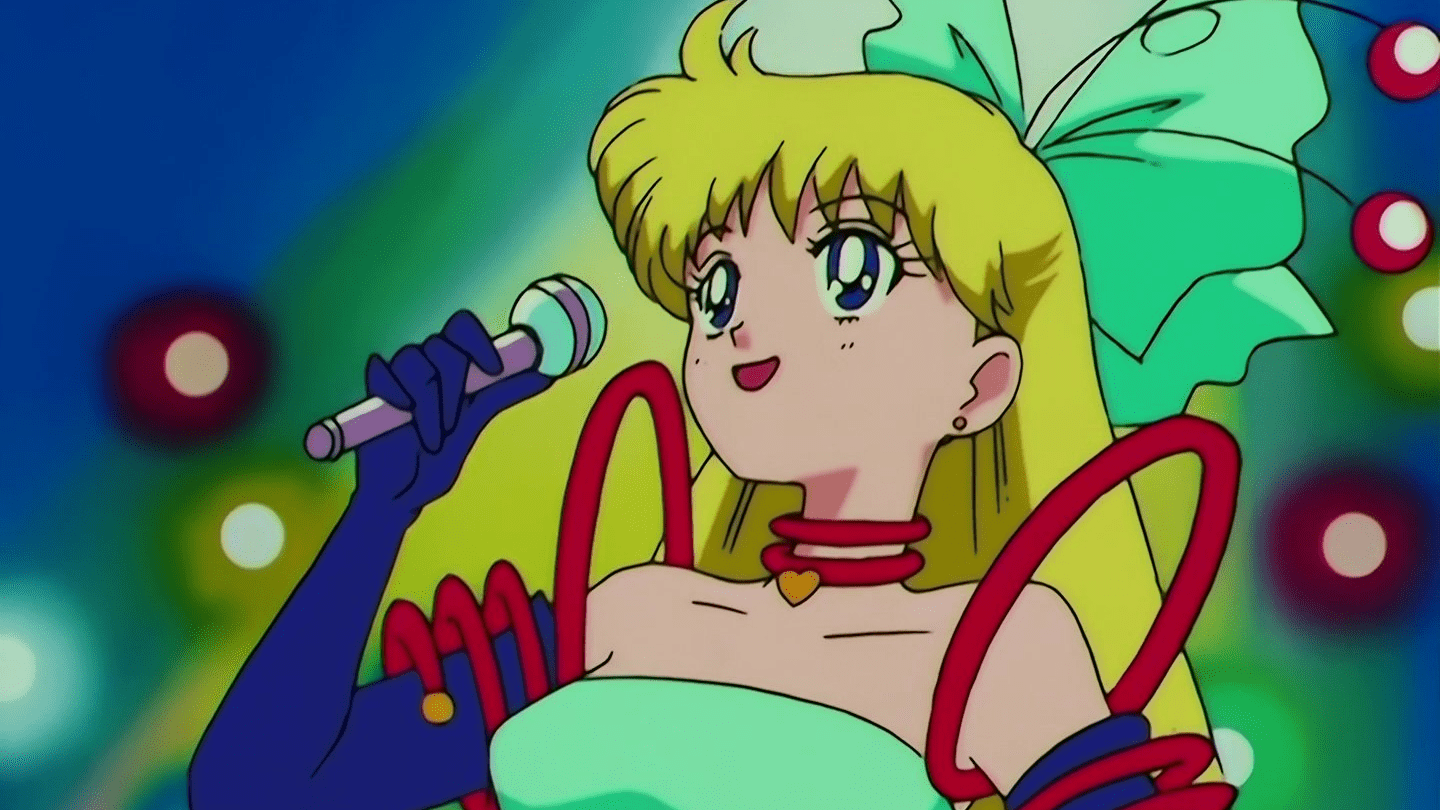 Nowadays when we think of anime music in the mainstream, our minds go immediately to the worlds of rap and hip-hop. Artists like Megan Thee Stallion, Childish Gambino, and Open Mike Eagle — and many more — pour their fandom into their lyrics. Other genres aren’t always as blatant or as skillful. But you’ll still find some hat tips in there.

We’ve covered Interstella 5555 several times. And we’ve been to enough AMV contests to know anime and Linkin Park are mutually appreciative. So give these a try —

In terms of anime music references, this isn’t a particularly weird or obscure one. It is, however, one that feels like a weird fever dream whenever it pops back into our heads.

The 1990s was by no means the first wave of anime fandom via television. But the arrival of Sailor Moon in the West grabbed a lot of pop culture types by the scruff and shook them until hot takes fell out. Because (as we forget now that Sailor Moon has redefined magical girl anime) it was kind of different. Different enough that the Barenaked Ladies included it in a song more jammed with random references than an episode of MST3K.

As for the characters that make them “think the wrong thing”… clearly they’re talking about Usagi’s mom. She is kind of a babe.

1995 — The Jacksons Watch Anime in Space

It’s not exactly an anime music video by definition — but we wouldn’t expect to see Red Photon Zillion and Michael Jackson share a screen.

The 1995 track “Scream,” which the King of Pop performed with his sister Janet, clapped back at the media for… well. Everything. The lyrics make that pretty clear. The video itself appears to be the siblings hopping a spaceship to get clear of Earth for a sibling weekend. Between the venting and brother/sister antics, you can catch clips from classic anime. Keep an eye out for moments from Red Photon Zillion, Vampire D, Babel II, and Akira.

Even if you aren’t familiar with The Tubes by name, you may have seen them before. The San Francisco art rock band ruled early MTV with the video for their 1983 single “She’s a Beauty,” and performed the big band/rock hybrid number “Dancin'” in Xanadu. They got up to all sorts of craziness onstage — including lead singer Fee Waybill dressing up as Raideen and fighting a sentai team.

The act went along with the band’s 1977 instrumental “God-Bird-Change” — written in honor of the 1975 mecha anime. Appropriately enough, we do see Raideen in God Bird mode. We also see Waybill cast off the mecha costume to become his alter ego, stoner glam rocker Quay Lewd. In other words, a fairly normal day for the band.

With more anime fans on main in the music industry, it’s starting to feel normal to hear our favorite shows get mentioned on the radio. What are some of your favorites?