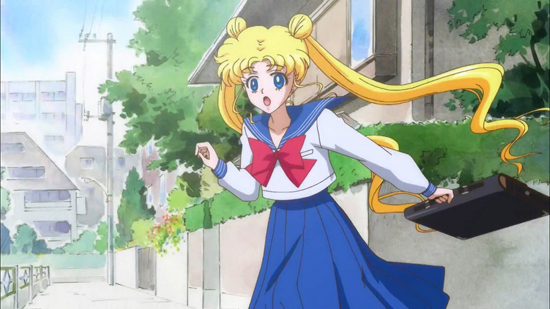 It’s hard to believe we live in a time where you can watch the original Sailor Moon anime adaptation, follow it up with the new series, Sailor Moon Crystal, and then compare both to Naoko Takeuchi’s manga, all legit and in English. The only thing you can’t do is watch a licensed version of the 2003 tokusatsu series Pretty Guardian Sailor Moon, and that remains a gross crime against humanity. Not the show itself, but the fact that THE MAN is keeping it from the general public over a decade later. Someone needs to hurry up and use the currently bursting level of nostalgia for the property to either stream it or put it out on home video, because that’s as good as Sailor Moon adaptations get, folks.

In the meantime we’ll have to see how Sailor Moon Crystal handles Takeuchi’s material, and the first episode is a pretty decent indication of things to come. It’s the kind of show that will, at least momentarily, get new folks watching anime on Crunchyroll and Hulu, if just to scratch that bright red itch that’s been pulsating since the DIC days. 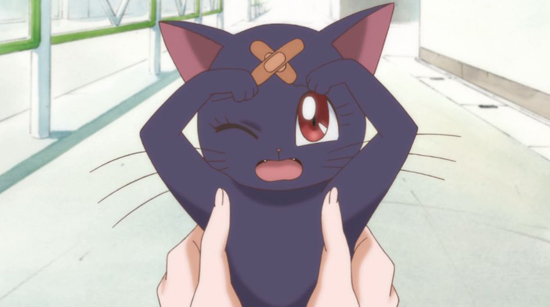 For the most part Crystal seems to scratch it just fine. If anything the show is a bit sterile, doing away with a lot of the goofy aspects of the original in favor of more straightforward shoujo fare. Umino still has his goofy glasses, yeah, and the show isn’t devoid of humor, it just comes off as less playful. The animation certainly isn’t much of a draw, which is saying a lot when you put this 2014 series side by side with the over-20-year-old original. Sure, it’s a typically clean-looking HD production, but it’s also stiff and the shadows are almost too smooth and pristine. Despite the fact that the beloved transformation sequence is now CGI-enhanced, I thought that was the best looking and most creatively animated moment of the episode.

The story adheres pretty closely to its source material. Usagi dashes out the door, sans toast, in a frantic burst of tardiness that lands her in hot water right out the gate. She runs into Luna, who eventually vaguely hints at the role she’ll play in this grand adventure and gives her the power to transform into Sailor Moon. We’ve got a wicked clay woman trying to get the Legendary Silver Crystal, Tuxedo Mask swooping in for assistance, and Usagi saving the day by… whining? Was that in the manga? I can’t remember, but whatever. It’s a safe-play opening to a series that has a lot of potential, and hopefully it grows into itself elegantly over the course of its TV run. 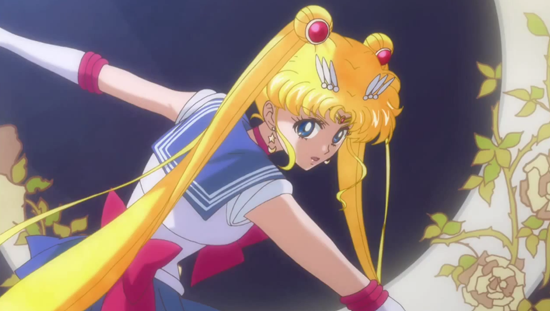 Munehisa Sakai—who helmed the killer One Piece Film Strong World in 2009—directs Crystal while Smile Precure! writer Yūji Kobayashi handles series composition. Sakai is the real reason I have a good feeling about Sailor Moon Crystal, but we’ll have to wait and see how things develop. As of the first episode it’s a fun dip in the nostalgia pool, but it’s lacking a real stylistic punch. Regardless, I’m definitely looking forward to the next few episodes to see how they continue retelling Usagi’s beautifully bedazzled saga.