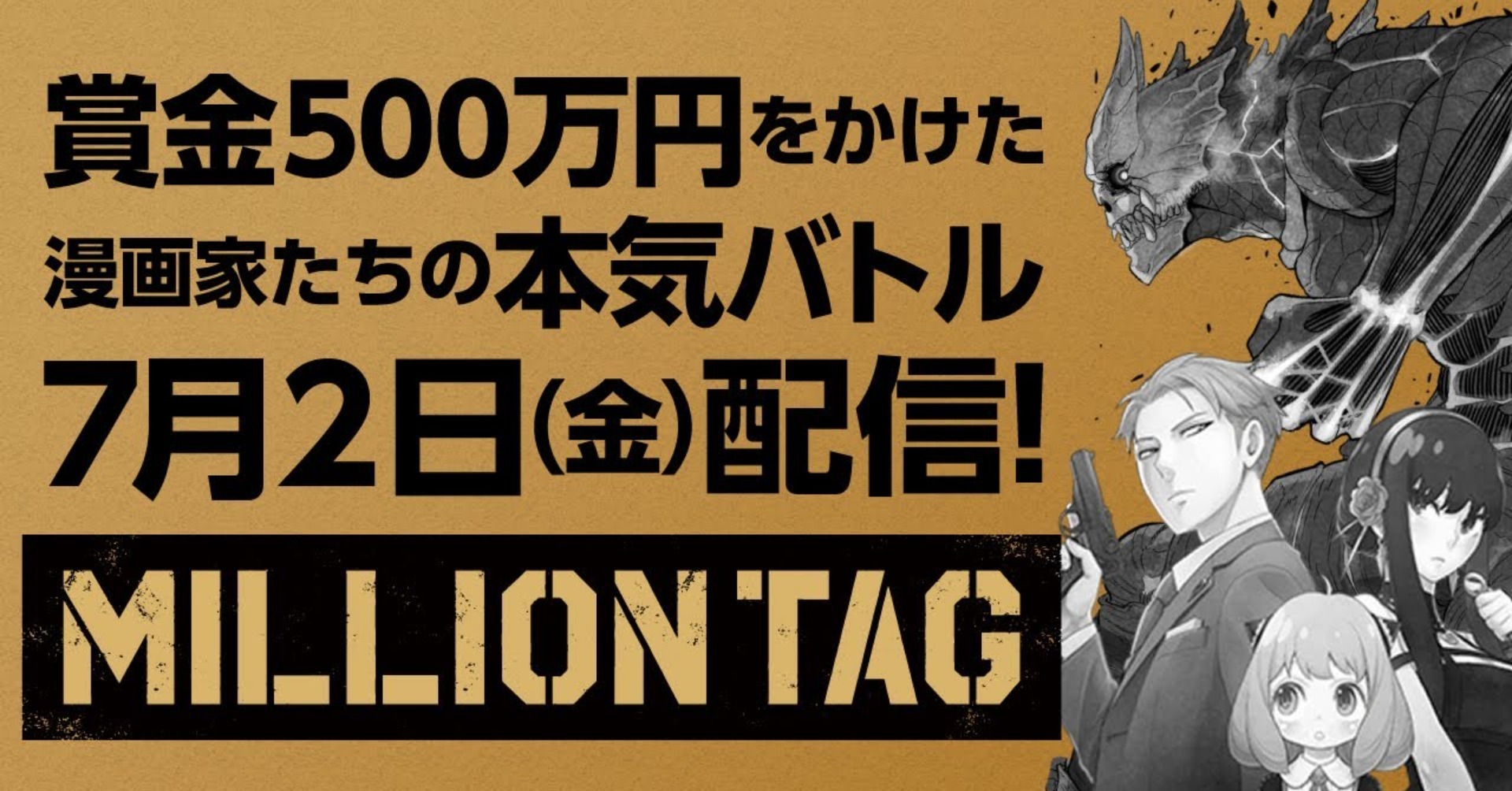 Shonen Jump+ is putting on a reality show called MILLION TAG (available on YouTube) to find mangaka talent, and it premieres today. The winner gets some great prizes: not only will they be given 5 million yen (a bit over $45,000), but they’ll get their manga in Shonen Jump+, get it published as a book, and get an anime adaptation.

And it was just revealed that Netflix will be streaming the anime adaptation. And it won’t just be streaming in one country or a few, but everywhere Netflix is available.

Tatsuki Fujimoto of Chainsaw Man and Yuji Kaku of Hell’s Paradise: Jigokuraku were previously announced to be judges for the reality show’s final round, and it was announced that Netflix anime producer Kohei Obara will be joining them as a judge then.

Six different teams will be competing.