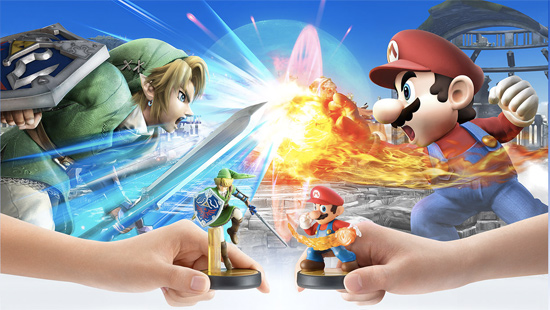 Eschewing calls to put its games on smartphones, Nintendo’s instead looking for three properties to boost its flagging profits this holiday season – Smash Bros., Pokemon, and a new product category called amiibo.

Amiibo, which launched last month, probably need no introduction among the Nintendo faithful, but for everyone else, amiibo are small action figures (“statuettes” might be more appropriate) of Nintendo characters that include a NFC chip, allowing them to connect with the Wii U’s control pad, adding bonus characters or costumes to games like Mario Kart and Smash Bros.

Unfortunately, multicolored lights don’t actually shoot out when you connect an amiibo.

In the American market, Nintendo has reportedly has sold about 700,000 amiibo since their launch, and sales are also doing well in Japan, Europe and Australia, according to the Wall Street Journal.

Amiibo set to launch in the coming months include characters from other game companies, including Sonic and Mega Man.

Have you gotten your hands on an amiibo or two yet? Do you think Nintendo’s on the right track, or should they put just Mario on smartphones already? Pontificate below!