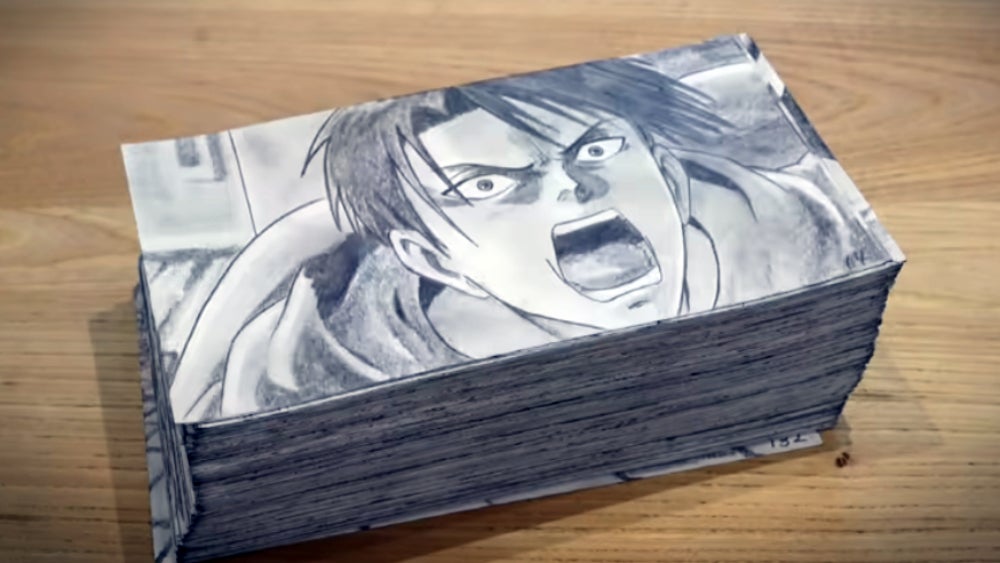 One of the most memorable scenes from the Attack on Titan anime is the battle between Levi and Kenny the Ripper. The animation is impressive and the action is intense, so just imagine how difficult it was to bring to life. Now imagine doing it on a similar artistic scale, but in the form of an Attack on Titan flipbook.

That’s what YouTuber MillkunTV recently did, in a continuing pursuit to recreate popular anime scenes in flipbooks. The hand-drawn work is labor intensive, as evidenced by the fact that it took the artist around 400 hours to create a whopping 400 drawings for the short animation.

You can see the finished piece and all the work that went into it below.

If you want more, you can also see MillkunTV’s take on Tanjiro vs. Rui in Demon Slayer:

As well as Rengoku vs. Akaza from Demon Slayer: Mugen Train:

And Zenitsu vs. Spider Demon: