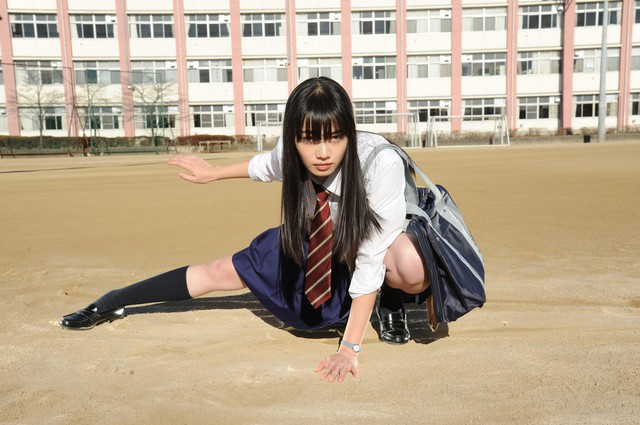 The live-action After the Rain film premieres in Japan May 25, and to get potential viewers hyped, Warner Music Japan has just released the official music video for the film’s theme song.

The song is called “Front Melody,” and it’s performed by Emiko Suzuki and Seiji Kameda, who is best known for performing with Ringo Shiina.

The video features footage from the film, which stars stars Nana Komatsu (JoJo’s Bizarre Adventure) as Akira Tachibana and Yo Oizumi (Fullmetal Alchemist) as Masami Kondo.

After the Rain (Koi wa Amegari no Yo ni) is based on the manga by Jun Mayuzuki which just wrapped after running since 2014. It was also adapted into a 12-episode series which ran earlier this year. Here’s how Amazon described that series:

Akira Tachibana (17) used to be the ace of a track club, but gave up running due to her injury. Masami Kondo (45) is a manager at a family restaurant called Garden, where Akira works. This story is set in a seaside town, and depicts a girl who stopped at a cross-point in her youth, and a man who reached a turning point of life. Everybody wants that moment where they get fraught with great emotions.

What do you think of the look of the live-action version?