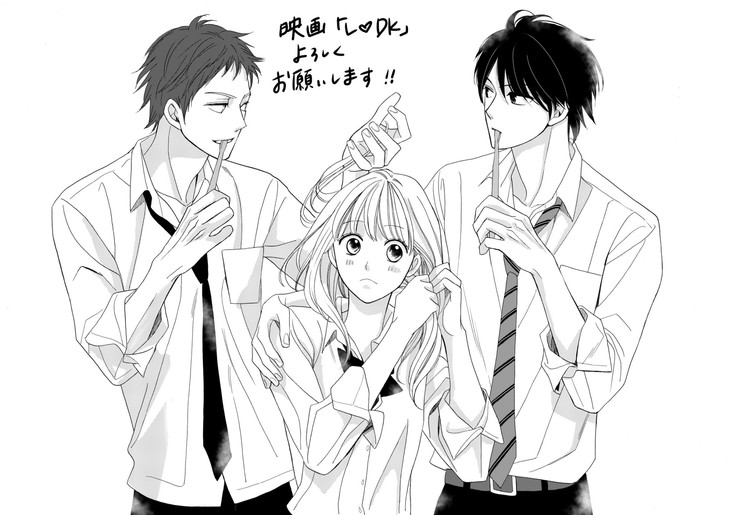 LDK, the shojo manga from Ayu Watanabe, was adapted into a live-action film back in 2014, but hey, if Spider-Man can have multiple reboots in rapid succession, why not LDK?

The manga, about a high school girl who lives with a male classmate, ran in Bessatsu Friend from 2009 to 2017. In North America, it’s published by Kodansha, which describes it like this:

Aoi Nishimori is a high school girl who lives alone in her own apartment, but to her surprise, she discovers that the prince of her school, Shusei Kugayama, has moved in next door! To add to this, a series of crazy happenings result in the two living together under a single roof! Shusei is known to be a heartless guy and Aoi particularly hates him after he coldly rejected her best friend, so a life of cohabitation seems like a recipe for disaster. And yet, Aoi somehow can’t stop her heart from pounding when she’s with Shusei…

The 2014 film starred Ayame Goriki and Kento Yamazaki, but the new film will have a new cast and crew. Its full title is LDK Hitotsu no Yane no Shita, “Suki” ga Futatsu, which translates to something like “Two ‘Loves’ Under One Roof.”

The sketch which accompanied the announcement, seen above, is by LDK creator Ayu Watanabe, who commented “I’m surprised there’s going to be another film. I can’t wait to see it on the big screen.”