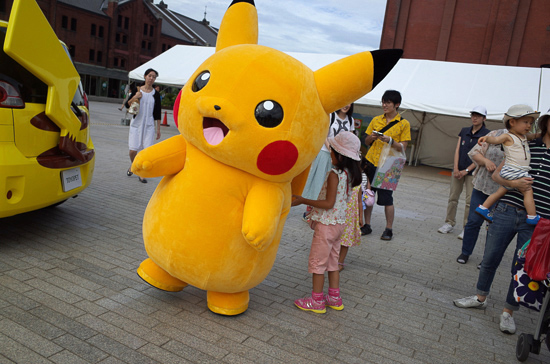 You don’t need a smartphone to catch these Pikachus.

Pikachu Outbreak is a yearly event in Yokohama, just south of Tokyo, where hundreds of Pikachus march and dance their way through the city.

This year the Japan Times aimed its cameras at a stage show featuring several Pikachus called Splash Kingdom which, as the title implies, involved some watery action, not to mention some adorable Pikachu dancing.

This is the first Pikachu Outbreak since the release of Pokemon Go, and as such, several Go-related events are scheduled to take place throughout the event, which runs until August 14.

View all posts by Matt Schley
Is It Wrong to Try to Pick Up Girls in a Dungeon? OVA Set for December
California College Offers Pokemon Go Class