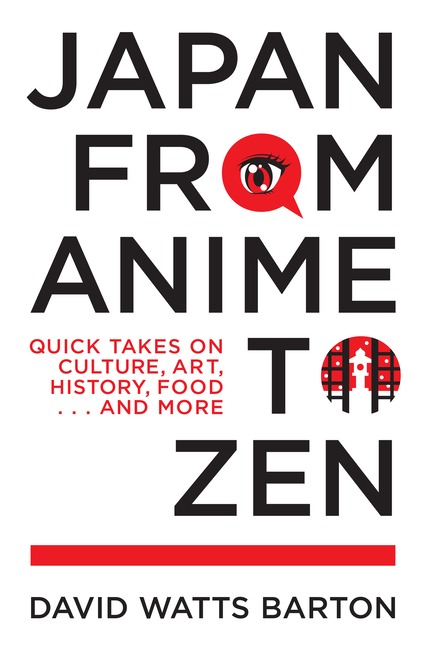 David Watts Barton is a writer and dedicated traveler who also has radio talk show host, podcaster, historian, and singer/songwriter on his résumé. He just released the book Japan from Anime to Zen: Quick Takes on Culture, Art, History, Food . . . and More from Stone Bridge Press. The book is more than 300 pages long and includes illustrations from Yuko Nagasaki. Otaku USA talked to Barton about how he got into Japan, who his ideal readers are, and how he decided what topics to include.

How did you first get interested in Japan and Japanese culture?

Fast-forward decades, and I was living in New York and dating a wonderful Japanese woman who, by chance, hired me to create and write about Japanese culture for a new Tokyo-based website, Japanology.org. After a few years of research and writing, and a half dozen extended trips to Japan, I found myself with a big collection of pretty useful and concise pieces about Japanese culture, ancient and modern, as well as a familiarity with the place through my extended visits. So, I compiled some of them into this book, sold it to a publisher, and there you have it. Literally.

You’ve traveled to a lot of places. What about Japan stands out to you?

I started traveling young, and have never really stopped, though my job at a local newspaper slowed me down for about three decades. But I’ve been everywhere from Southeast Asia to Europe to North Africa to South America to the transcontinental “hippie trail” that transversed the Middle East from Istanbul to Kathmandu in the ‘70s. But I never went to Japan, which seemed expensive and intimidating.

It’s ironic, since I’ve written a book about Japan, that I feel more at ease in parts of Europe (I live in Berlin) and the Middle East, which are generally less formal and more accessible. I fit in better. But perhaps that informs my book in a helpful way: It’s so easy to feel like a complete alien in Japan, because so much needs explaining. I think the book can help with that.

Because Japan’s culture is so formal, with each aspect fitting into one harmonious, cohesive whole, one can also come to understand it, at least to a degree. The characteristics that define Japanese garden design, for instance – a sense of wholeness, of harmony, of simplicity, of coherence with nature – these same characteristics mark other arts and even everyday attitudes of the Japanese as well.

Japanese culture is unique and coherent. As an American, where we are quite the opposite, I find it fascinating, if not familiar or comfortable. There’s a chapter in the book about High- and Low-Context Cultures, and Japan and the U.S. are the exemplars of each. The Japanese have created a separate world that, whatever its faults, is harmonious. Of course, if you look deeper, it can get rather less harmonious. But that’s another book.

What sort of research went into writing Japan from Anime to Zen?

I used every source available to me, from websites to encyclopedias to people to many, many books on Japan. I did so much research, over such a long period of time, that when it came to making a bibliography, the publisher and I decided simply to go with a selection of books to recommend, since we were mostly interested in pointing readers towards helpful, entertaining sources rather than every single source point.

I consulted literally thousands of sources, from books to newspaper articles to websites to interviews with friends and experts. But my journalistic training led me not to take any one thing as the definitive word on something this complex, so I just read and read and read, did my best to confirm what I was reading, and decided on what seemed most consistently, convincingly true.

I actually encountered a potential reviewer who refused to take the book seriously because I didn’t have footnotes all the way through, or an extensive list of sources at the back, and she scolded me for, in her eyes, not being a good journalist. But this book isn’t journalism, per se, nor is it an academic research paper, nor is it personal reminiscence. I filtered through a lot of different sources to get my own sense of how they all felt together. 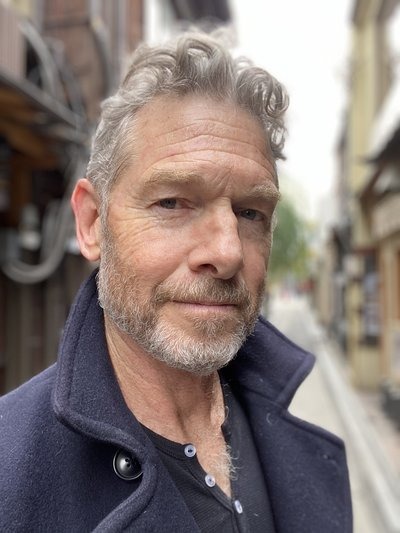 Who do you think are the ideal readers for your book?

The book is good for people who are interested in Japan, perhaps planning a trip or perhaps not, but would like to read a breezy but informative book about this fascinating country. If you’re planning a trip, it’s a great way to get your grounding in many aspects of the country; if you’re an armchair traveler, it’s quickly informative, and I hope, entertaining, and perhaps a good reference for future deep dives.

What do you want people to take away from it?

I’d like people to take away a number of things: The coherence of Japanese culture, which is to my mind really unique, as well as the grand sweep of this country that has gone from a hermit kingdom to one of the most successful, richest and consequential countries in the world – all in 150 years. It’s a remarkable story.

Japan is also a really fun place, if you’re into culture or even nature. Japan is really like no other place. I mean, where else can you eat chicken tartare?

How did you decide which topics to include?

I chose topics based on how central they are to Japanese culture, whether instant ramen or the concept of ki. I tried to balance pop culture and the deeper, more substantial aspects of traditional culture, as the title expresses. I started with food because I don’t know a single person who doesn’t like Japanese food, so there are chapters about how tea and sea weed are grown and processed, and what umami is, and how Japanese whiskeys rate, globally.

I wanted the book to be fun and easy. Towards the end, I get into more substantial topics and concepts, but I think that learning about Japanese food and familiar exports like anime and manga, as well as familiar characters like the ninja or samurai, can open people up to deeper ideas.

There’s obviously a lot that’s NOT in the book, but I had to stop somewhere. Japan is big and important and deep, and there’s plenty more to learn about it, including for me.

Get Ready For Heritage Auctions’ Anime Sale This Month
Saint Seiya: Next Dimension – The Myth of Hades Reaching Climax Soon