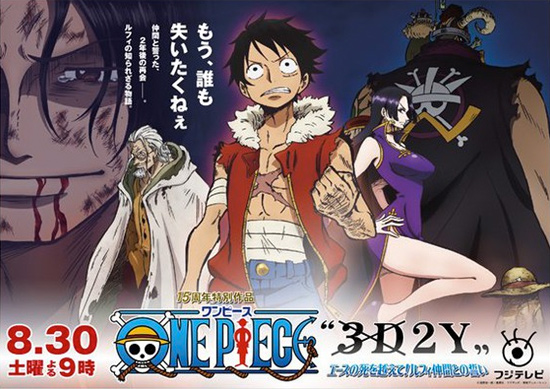 Can you believe One Piece has been on the air for 15 years? (Actually, looking at the episode count, I totally can…). Anyway, Toei Animation, who’ve been animating One Piece for the last decade and a half, are releasing a 15th anniversary TV special this August 30th. Check out the teaser below.

The episode, entitled “One Piece ‘3D2Y’ Overcome Ace’s Death! The Oath With Luffy’s Crewmates,” is a brand-new story that takes place during the Straw Hat crew’s 2-year training period and focuses on a mysterious “3D2Y” code. Wuzzat? Your guess is as good as mine.

Eiichiro Oda, recently tonsil-less author of One Piece, has designed a new enemy for the special named Bandy World. What a name.

What else is going on in the world of One Piece? Well, it’s getting a theme park, for one, set to open at Tokyo Tower in spring of next year. It’ll feature attractions, live events, a restaurant, and, of course, a shop. Sounds kind of like a One Piece-only version of J-World.

If you’re a One Piece fan and planning on coming to Tokyo some time in the future, plan accordingly! 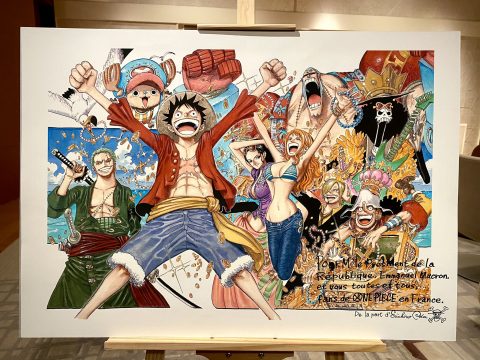