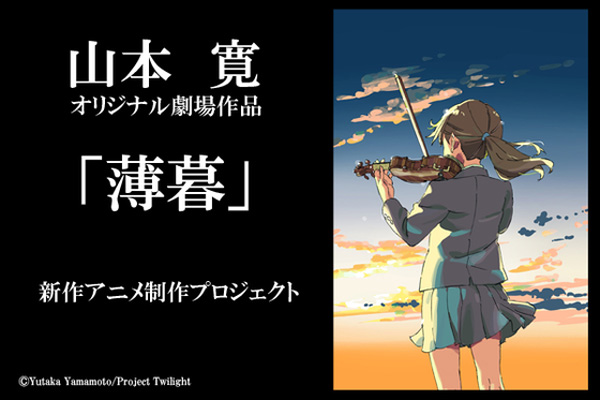 As we reported a few days ago, Yutaka “Yamakan” Yamamoto (Fractale, Wake Up, Girls!) was set to announce a new anime project February 25, and the director did not disappoint.

Yamamoto’s next anime project will be Twilight (Hakubo) a film set in the Tohoku region which was hit by the earthquake-tsunami-nuclear triple disaster in 2011.

Yamakan is planning to at least partially pay for the film via crowdfunding, and is accepting donations via Campfire. Crowdfunding awards include taking a tour of Iwaki with Yamamoto and early news about the film.

The film, which is the third project Yamamoto has made about Tohoku (the first being the short blossom and the series/films Wake Up, Girls!), will be about the lives of young people in Iwaki, Fukushima following the March 11, 2011 disaster.

Yamamoto originally conceived of the idea for the film when he was in college, and has apparently written a novel to serve as the basis for the film, which he intends to post online.