Yuri on Ice Series to Get 4D Screenings in Japan 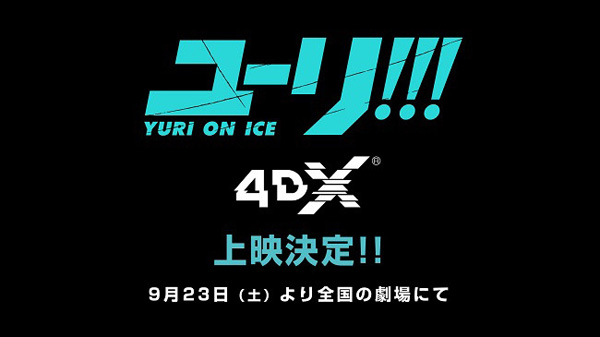 Soon, theatergoers in Japan will be able to experience the sights, sounds and smells of last year’s hit series Yuri on Ice in 4D.

The entire 12-episode series will get 4D screenings in theaters in Japan starting September 23, it was announced today.

The technology employed to bring the Yuri on Ice to 4D form is called 4DX, which, like other 4D film formats, uses 3D glasses, seat motion, wind, rain, and scents to“enhance” the filmgoing experience. Other anime released in 4DX format includes the Girls und Panzer film and the 1979 classic Castle of Cagliostro.

We’ll see exactly how they work 4DX into Yuri on Ice this September.