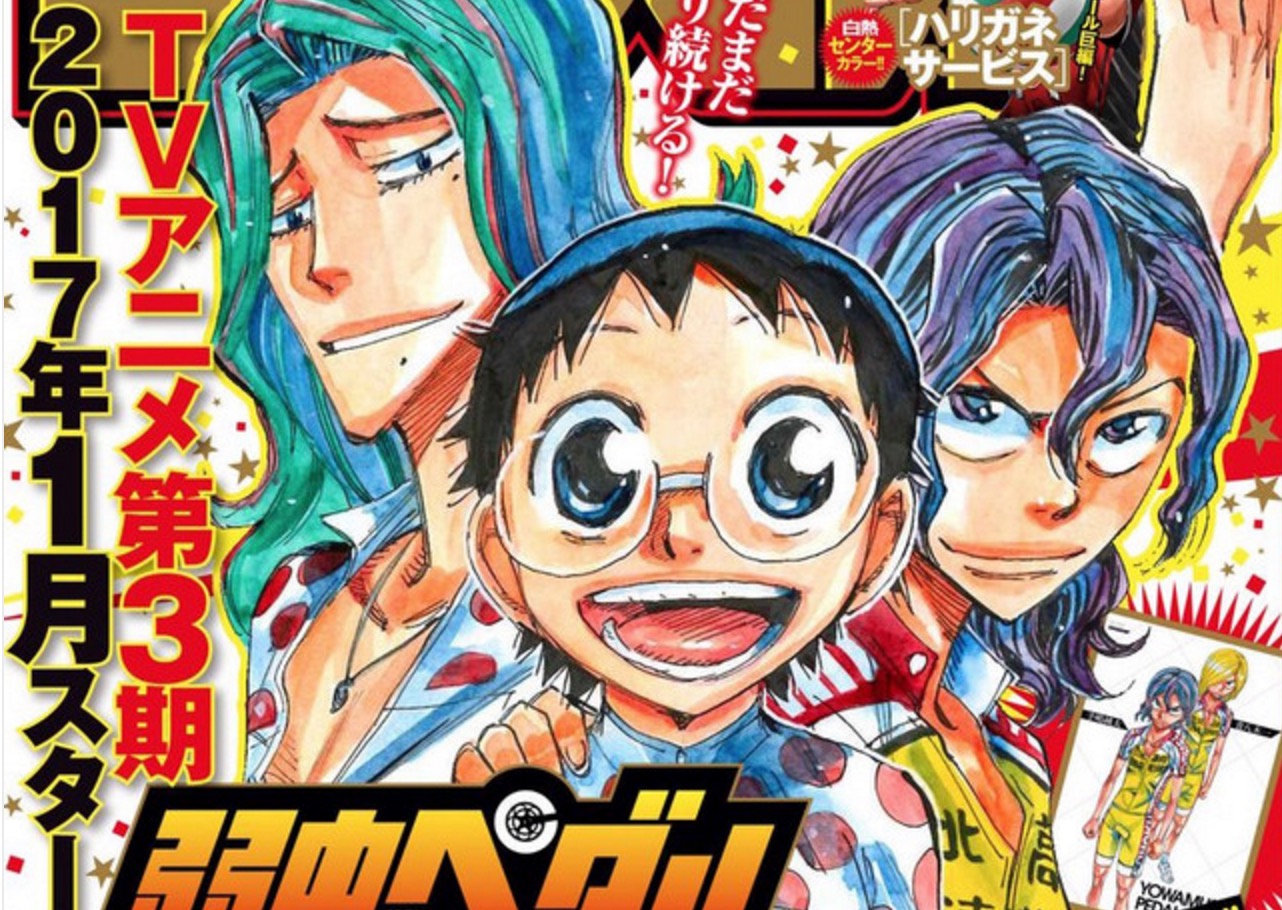 Fans of Wataru Watanabe’s ongoing cycling manga Yowamushi Pedal, AKA Yowapeda, can look forward to another adaptation in the near future. According to an early look at this week’s issue of Weekly Shonen Champion magazine, a drama is slated to kick off on BS SKY PerfecTV in Japan this August.

In addition to the anime, Yowapeda has been adapted into stage plays. Watanabe’s original manga has been running in the pages of Shonen Champion since 2008, and recently celebrated its 400th chapter. Yen Press publishes the manga in English, and the anime streams on Crunchyroll. 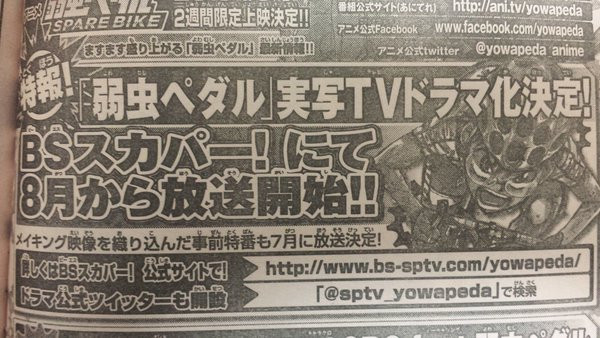