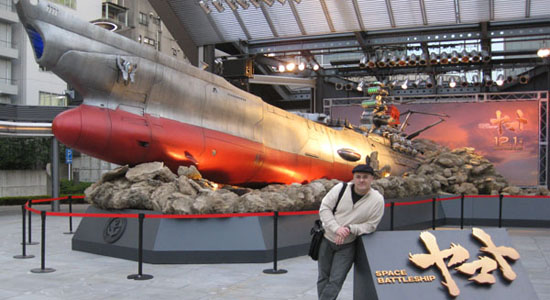 Tim and the 50-foot Yamato: pals

Anyone who has followed my exploits at starblazers.com knows that I’m on the Space Battleship Yamato news beat pretty much all the time. Occasionally that means taking one for the team and going all the way to Japan to scout that news in person. Yeah, it’s a tough life I live. 2010 was especially busy; when the first teaser trailer for the live-action Yamato movie rolled out on January 1, this was announced as the Year of Yamato, and it certainly turned out to be true. But the rubber truly hit the road when the movie premiered on December 1 and I simply couldn’t look at myself in the mirror if I wasn’t there for it in person. 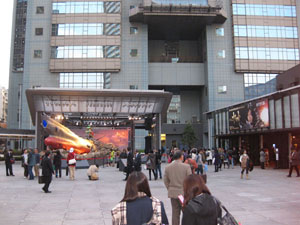 For several weeks before I left, I knew this trip was going to be something special. All trips to Japan are special, of course, and since this would be my fifth I had a routine to follow. But there was an added element I hadn’t experienced before: this time I was going to meet some famous people. This was courtesy of my new friend Sword Takeda, who’d first written to me all the way back in April to compliment my work on the Star Blazers site. He offered to score me some face-to-face interviews and he definitely came through.

I was scheduled to arrive in Tokyo on November 30, and on November 15 the word came in: Leiji Matsumoto was a go! I put the word out to friends, asking for questions that I could add to my own. They poured in over the next week or so, and I spent part of the flight streamlining and organizing them into categories. The interview was set to take place the next day, December 1, at 6:30pm in a restaurant at the Keio Plaza Hotel in Shinjuku. He was giving a lecture at Shinjuku College and would meet us there afterward.

By D-day, “us” had ballooned to five people: Sword and myself, Russian Yamato maniac Anton Kholodov, Otaku USA editor-in-chief Patrick Macias, and Sega employee Gwyn Campbell. Like Sword, Gwyn had introduced himself earlier in the year by email and offered to gather news for me.

December 1 had already been a big day; the premiere of the movie, the first whirlwind of shopping, and a visit to the prop exhibit at TBS headquarters in Akasaka. The giant Yamato model was instantly riveting and the props were lined up in a pavilion to its right. Every main character was represented by a costume and a handful of dedicated objects. It was gratifying to see the fighters modeled in real life as opposed to simple CG data, and the maquette of the Gamilasborg. The description even gave an explanation for this term: Gamilas Bone Organism. (Yikes.) There was also a short promo video showing Yamato flying over Japanese cultural landmarks in the tour’s next few stops.

Half an hour before game time, we all gathered at a meeting point outside the Shinjuku train station and started hoofing it over to Keio Plaza in the skyscraper district. I expected to be a bundle of nerves by this time, but the day had already been so full of activity, I simply didn’t have enough spare energy to be nervous. 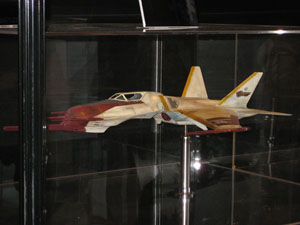 Sword lead us into a brightly-lit restaurant, to be honest not the ideal setting to record an interview since there would be background noise and a definite time limit. We picked a table for six and got into a “surround-the-subject” seating arrangement while Sword went outside to look for our guest. We kept popping up like meerkats, looking toward the door for any sign of a knit pirate cap.

After an uncomfortably long time, Sword appeared with an older man in tow. From first glance, something seemed off. His hair was grey and stringy, which matched the many photos we’d seen, but there was no sign of his trademark cap, glasses, or beard. Plus, he was wearing a threadbare suit. My thought was that he’d gotten a makeover before the college lecture. Not knowing what else to do, we all leapt to our feet and made with the handshakes. The guy was grinning from ear to ear, pleased to see us, and gladly accepted the seat we’d chosen for him.

One by one we traded uncertain glances as Sword engaged him in conversation. If this was Leiji Matsumoto, he’d REALLY changed. Anton was the one to see him most recently, at the World of Matsumoto event October 31st. And Anton looked more incredulous than the rest of us.

It was obvious by this time that we were all thinking the same thing: this can’t be him, but how do we react? We’d mentally prepared ourselves for different scenarios: a happy Matsumoto, a confused Matsumoto, an impatient Matsumoto, even an irritated Matsumoto. We simply weren’t prepared for what we were actually facing: a fake Matsumoto. 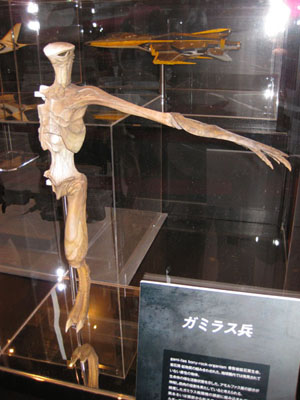 His business card told the tale. He was some sort of stage/screen/TV/music agent. Who exactly he thought we were, why he readily accepted the company of gaijin, and how he got past Sword in the first place were complete mysteries. As he wandered away, we sat dumbfounded. Our red flags had all gone up at the same time, but we were just too polite and, as Patrick observed, too “willing to believe” it was him to say anything. And who, exactly, had made the mistake here?

We filtered back into the Shinjuku streets as Sword got on the phone to the Matsumoto household and enquire about our missing guest. The answer was that the sensei had already called in and was on his way home. There would be a followup call later to sort things out.

Walking away from the most surreal moment of the trip, we questioned each other in vain and chose nicknames for Fake Matsumoto. Patrick dubbed him “Dirty Matsumoto” after the notorious ero-manga artist and I went with “Ray G. Matsumoto,” serial impersonator. Unfortunately, none of us thought to keep his business card (which was stained by something wet) or snap his photo (thus potentially sparing our lives). We were all demoralized by this, but I stated my belief that it would ultimately result in a better interview in a better location.

Just before bedtime, I got an email from Sword. He’d spoken again to the Matsumoto household and learned what went wrong: our guest had gone to a different restaurant at the hotel and waited 45 minutes for us before giving up and packing it in.

So, in the end, Wednesday December 1 wasn’t the best kickoff for this trip. But there were plenty more days to come.

Visit starblazers.com right now for news about the Yamato movie and much more.