With New Seasons On the Horizon, We Revisit What Makes Gainax’s FLCL So Special 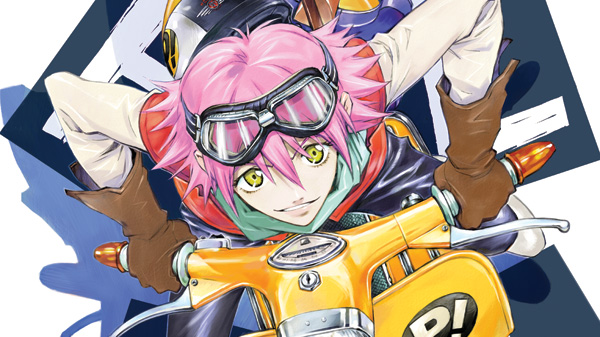 Gainax’s FLCL only spans six episodes, but to fans it’s the equivalent of hundreds of epic episodes like those of Naruto or Bleach. It’s a coming of age tale without being preachy. It’s vulgar, yet refined in other aspects. Most of all, it’s fun.
But it’s not always easy to follow. Twelve-year-old Naota Nandaba once lived in the city of Mabase, where nothing amazing ever happened. One day, a so-called “Vespa woman” ran straight into Naota with her yellow Vespa scooter, apparently leaving him for dead.

After being given CPR and revived, Nandaba soon found he was cursed with a bizarre portal that could summon forth giant robots, smack dab in the middle of his head. After learning the “Vespa woman’s” true identity as Haruko Haruhara, First Class Space Patrol Officer from the Galactic Space Police Brotherhood, what ensues is a bizarre tale that unfolds as Naota finds himself surveilled by the Bureau of Interstellar Immigration. 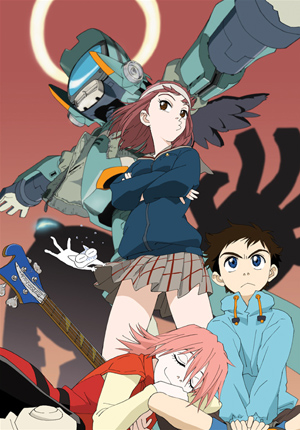 Caught up in a triangle between Haruko Haruhara, the Bureau, and the malevolent Medical Mechanica, Naota falls in love and grows up a little at a time, only to be faced with some of the most difficult (and oftentimes awkward) decisions of his life.

The series, released back in 2000, has endured as a classic among anime fans of all walks of life, spawning novels and a manga adaptation. The only issue? The longevity of the show itself. Fans bemoaned seeing so little of the excellent story, wishing that for even a moment additional episodes would be created so that they could bask in its glory.

Fast forward to 2016, and the unthinkable has happened: Not only is FLCL returning to its slot on Toonami (previously Adult Swim, but close enough) but two additional six-episode seasons are being created to further the tale. It rocked anime fans around the world, especially the news that the protagonist would be replaced by a female student instead of Naota Nandaba.

The new seasons of FLCL will be set several years after Naota and Haruko’s initial adventures, but the war between Medical Mechanica and Fraternity are still tearing across the galaxy. Teenage girl Hidomi, like Naota before her, is jaded and expects nothing amazing out of her ordinary life until a new teacher arrives at her school.

Unsurprisingly, it’s Haruko Haruhara. Medical Mechanica is soon on the trail and attacking the town of Mabase. Hidomi ends up discovering she’s got her own special secret hiding within, much like Naota, but only Haruko can unlock it. 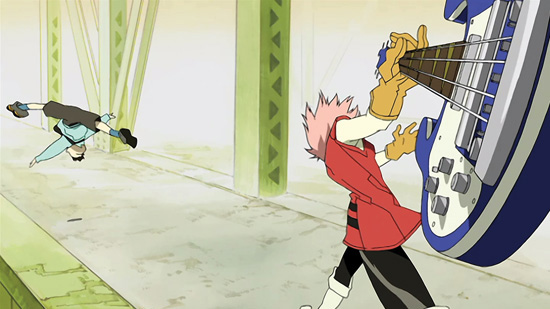 Those are the only scant details we have so far, but it’s absolutely enough to make you think, especially if you’ve been interested in the series since it made the scene. With FLCL introducing a new female character, a whole new set of questions arises, mainly, “Will Naota return, and in what capacity?” Or “Will there be an element of romance?” If so, will it be between the main protagonist and Haruko (highly unlikely) or another student? It’s possible neither thing could happen, but it was an integral part of the original series, especially the sexual tension and flirtation Haruko brought to the scene as well as Samejima Mamimi.

It’s a tricky road to follow, especially when you factor in the idea that there is much about these characters that we still don’t know. We’re unsure of what actually happened to Naota after Haruko entered his life beyond the ending of the series, or if we might ever see him again. There’s also the cautious optimism attached to the idea that the continuation of the series may well feel like fanservice or an afterthought without any real significant world building or original ideas that preserve how the first six episodes felt and connected together. 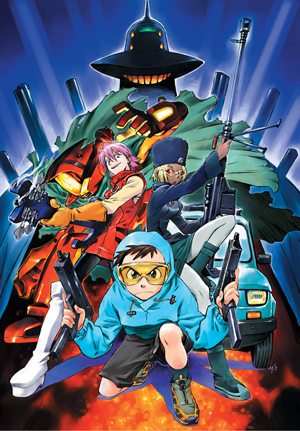 You also have the fact that there are two additional “series” built onto the original six, which likely were never meant to accommodate additional story elements. The climate of anime has also changed significantly since FLCL emerged on the scene, trending toward sickeningly sweet moe and idol series as well as character designs that skew toward the frightfully uninspired. Colorful characters like Haruko and the rest of the faces of FLCL come from a much different era of animation and fandom, so will the new episodes be able to capture that same feeling?

Staying True to the Classics

Whatever is decided for the future of FLCL, it’s important that the aspects that made it so memorable in the first place remain respected and intact. Fans will absolutely be able to
tell if the new episodes were borne out of an attempt to attract viewers as part of a blatant cash grab. The varying emotional currents
that surface out of Naota’s, Haruko’s, and even Mamimi’s situations must absolutely be present. There should be a thread of cohesion woven through each episode, even if they’re not expressly connected. That was one of the original episodes’ greatest strengths: You could watch them all individually and still get something out of them, and that’s something viewers always appreciate.

Of course, it would be an interesting nod to fans if some of the same characters from the show made a reappearance in new roles or had evolved in some way, such as Naota—perhaps he’s grown up in the last couple of years, matured, and found himself in ways that weren’t entirely possible in the FLCL that we know. Possibly Mamimi has even discovered her true purpose, if she’s even got one. Introducing familiarity like this while staying true to the roots of FLCL’s origins would be a smart move, especially since the series has always been about breaking rules and boundaries ever since its inception. 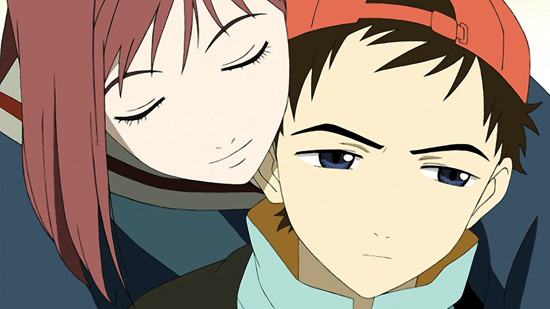 It’s not hard to see why people enjoy FLCL and dedicate themselves to the six short episodes (or even why I’ve got two tattoos from the show), but it can be a little confusing as to what you might expect from the new episodes. While we don’t have any specifics aside from what the protagonist might deliver, how many shows we’re going to get through, and vague inclinations about Haruko Haruhara’s new intentions, we do have our imaginations. And you can bet in the space of time between now and when we’ll be able to finally check out the new FLCL, we’re going to have come up with some truly crazy ideas. Here’s to hoping that whatever does end up happening with the new material, it’s just as insane as we’ve wanted it to be after all these years.