Which Anime Has the Most Realistic Fighting? 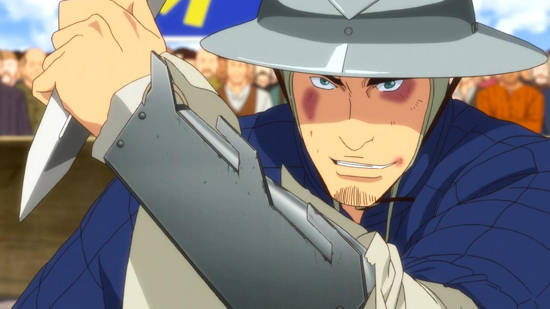 Anime often gets a bad rap where realism is concerned. Characters are born with unnaturally-colored, gravity-defying hair, they are capable of ridiculous feats of strength betraying their often-modest physique, and they use technology and fighting techniques with no logical way of practically working.

In some ways, this is actually a boon to the medium, as viewers get to see fantastical things which other formats would never dream of depicting. However, it’s understandable that some fans may want to occasionally see an animated piece which handles things more believably, and that can be tough to find.

Earlier this year, one informed fan of historical weaponry spoke out on Youtube in anime’s favor regarding realism. Skallagrim‘s videos on blades, hammers, axes, and fencing have prompted many audience questions on the historical accuracy of weapons and fighting in games, movies, and other media. By popular demand, he’s dedicated entire videos to explaining the practical viability of Link’s Master Sword, Cloud’s Buster Sword, Squall’s Gun Blade, and Star Wars’ lightsabers, as well as the weapons and fighting of Dark Souls, Game of Thrones, and even the oft-forgotten Bushido Blade.

In April, he decided to address the question “Which movie or tv series has the most realistic arms & armor and fighting?”. Note that this includes both western and foreign movies and tv series – live-action and animated alike, and his top choice for this was…the anime series Maria The Virgin Witch!

He says that the series’ depiction of the Hundred Years’ War is surprisingly historically-accurate. It succeeds where many movies and tv shows fail; authentically including details like gambisons, jack chains, and properly-shaped weapons like hammers and long bows. What’s more, these weapons are actually used with proper technique, and he gives several examples of combat sequences which are animated in quite well-researched detail.

He also compliments the series’ magical elements for being integrated with the historical context of the story in a meaningful way. In that time period, war was culturally accepted as a fact of life, so it’s very telling and thematically appopriate that the only person in the story who wants to stop the war is an unnatural being such as a witch. 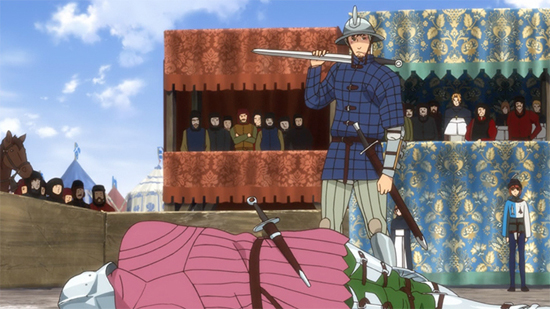 What do you guys think? Are there any other anime movies or series worth mentioning for their authentic and detailed historical fencing? Or is looking for realistic fighting in anime just a fruitless endeavor? Let us know in the comments!