War Rages in Godzilla: City on the Edge of Battle Trailer 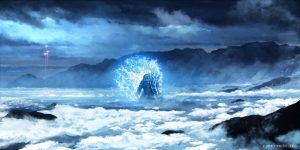 We’re officially a month away from the Japanese theatrical release of the second Godzilla anime film, Godzilla: City on the Edge of Battle. Kōbun Shizuno and Hiroyuki Seshita helm the Polygon Pictures and TOHO Animation-produced followup, which has humanity fighting back with the help of a tribal people called the Houtua. And they just might find another savior in the form of the mighty machine we know as Mechagodzilla.

Ahead of its May 18 premiere in Japan, a second trailer is here to cheer on humanity’s attempt to take Earth back from the King of the Monsters.