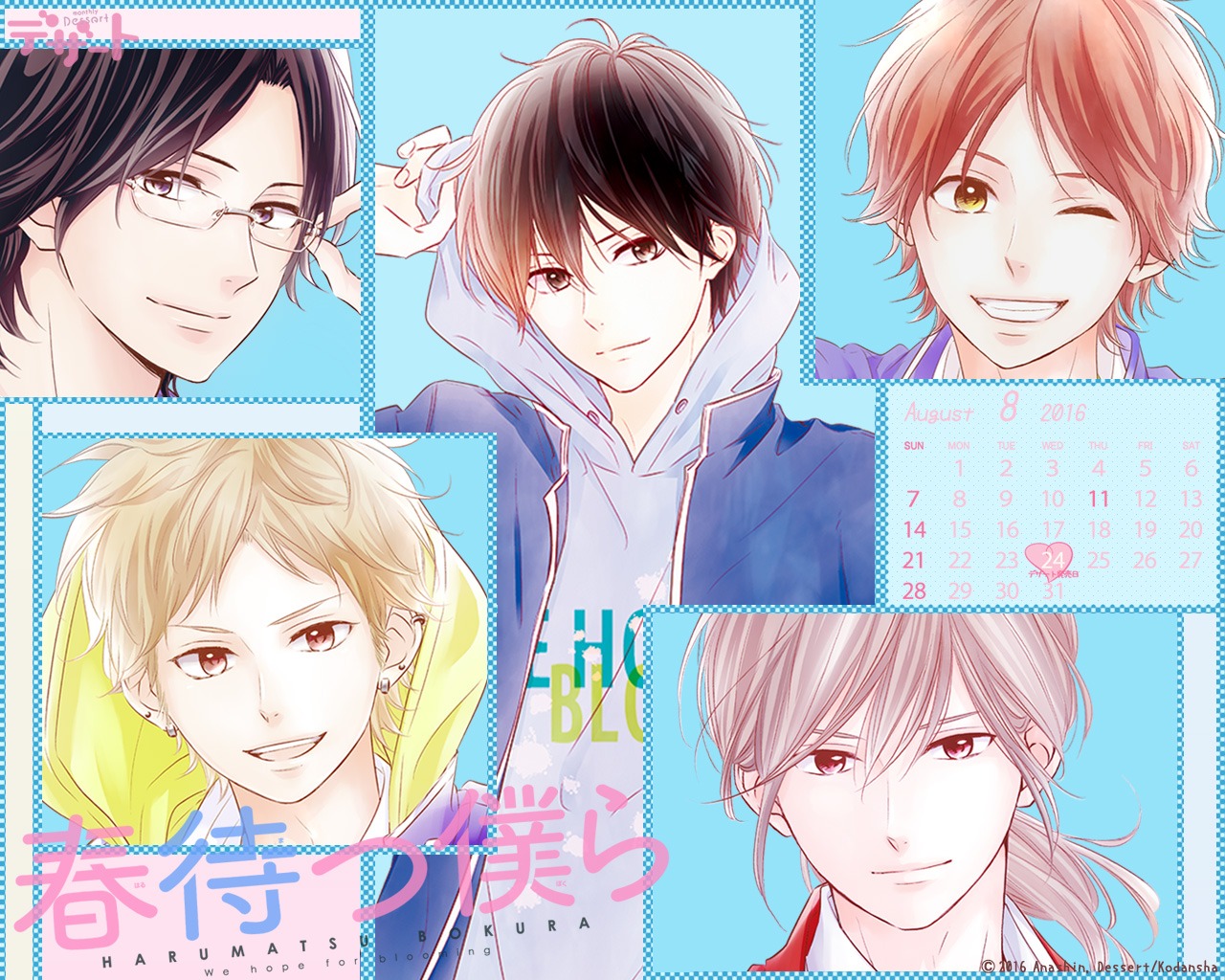 Mangaka Anashin has announced she’s putting her new manga series on hiatus, but thankfully she isn’t sick or hurt — she’s going to give birth in August! She’s not getting a very long break, though, as her new manga, Unmei no Hito ni Deau Hanashi, will resume publication with the issue of Kodansha’s Dessert magazine that comes out October 24.

Unmei no Hito ni Deau Hanashi hasn’t been licensed in America, but her previous manga, Waiting for Spring, is published in English by Kodansha. The manga was later adapted into a movie.

Kodansha gave this description of Waiting for Spring:

“Mizuki is a shy girl who’s about to enter high school, and vows to open herself up to new friendships. Of course, the four stars of the boys’ basketball team weren’t exactly the friends she had in mind! Yet, when they drop by the café where she works, the five quickly hit it off. Soon she’s been accidentally thrust into the spotlight, targeted by jealous girls. And will she expand her mission to include … love?”