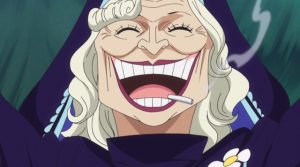 Fumi Hirano is a veteran voice actress with some classic roles under her belt, the most notable being Lum in Urusei Yatsura, based on the manga by Rumiko Takahashi. Next up is a role in the One Piece anime adaptation, in which Hirano will be voicing a large part of Big Mom’s past, Mother Carmel.

Hirano’s role kicks off with this weekend’s episode 836.