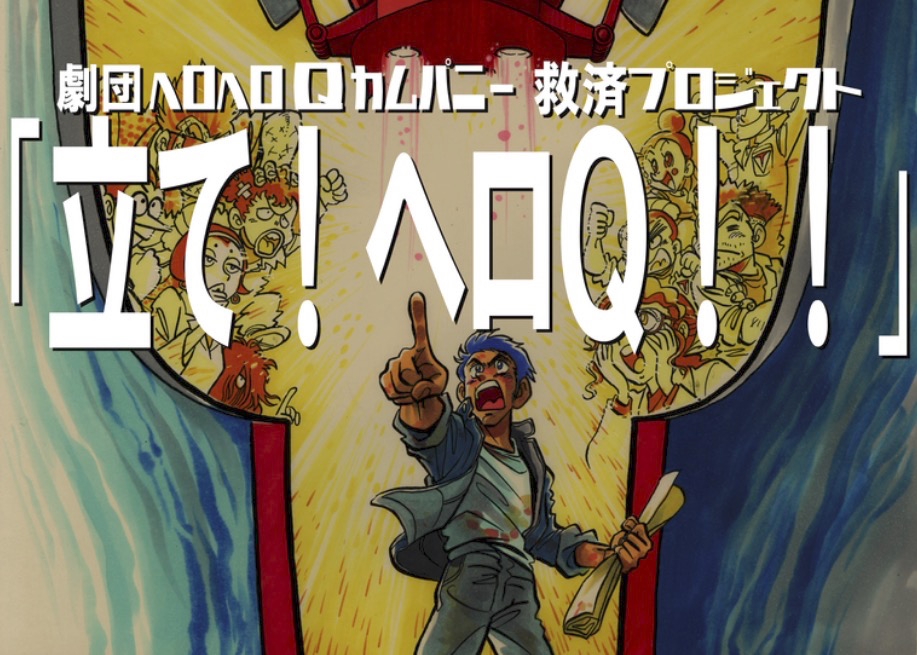 COVID-19 is affecting everyone differently, and one of the big sectors of entertainment that’s suffering at the moment are live performances like stage plays and musicals. Voice actor Tomokazu Seki (Evangelion‘s Toji Suzuhara, G Gundam‘s Domon Kasshu) has a theatrical company known as HeroHeroQ Company, and he’s hoping to help it through these tough times with a new crowdfunding campaign.

One of the company’s most recent performances came in the form of a pair of stage plays adapting Hiroaki Samura’s Blade of the Immortal manga. They were scheduled to put on their 39th play, Tate! Mazinger Z!! (Stand up! Mazinger Z!!)—which would adapt Go Nagai’s classic ’70s giant robot manga—in March, but obviously that had to be canceled due to the spread of COVID-19. The cancellation of that alone was a huge loss for Seki’s company.

The HeroHeroQ Company Relief Project: Tate! HeroQ!! campaign is live on Motion Gallery, and has already pulled in over 3 million yen of its 5 million yen (about $46,900) goal.

Here’s what Seki had to say:

“The play ‘Tate! Mazinger Z’ that was scheduled to be performed in March 2020. We had to cancel it because of the new coronavirus. We are still enthusiastic about realizing it after this fierceness has passed, but… To be honest, the financial situation of the company has become very serious. The cost of this show that we were preparing for, the maintenance cost of the training room, the preparation cost for the next show, etc. Thankfully, we have received a lot of support from our audiences and we are managing somehow… but it has not reached a sufficient amount. So once again, I would like to beg for everyone. Can you give us a little more power to overcome this predicament? We would really appreciate your support. To be HeroQ that can be enjoyed in the theater.”

The crowdfunding campaign will be open until June 8.