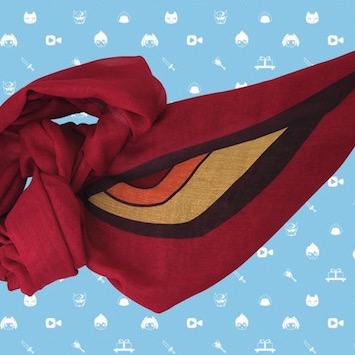 
has a bunch of cool items that are sure to electrify any Kill la Kill fans out there. Chief among them is an exclusive Senketsu Scarf, which lets you drape yourself with that iconic Senketsu eye that the anime’s heroine Ryuko Matoi knows all too well.

A two-month subscription will net you the launch box, packed with other hot Kill la Kill items, including an exclusive gold-foil hardcover edition of the Kill la Kill manga and other merchandise, as well as access to original music, digital comics, and ad-free anime streaming on Viewster.

and you’ll definitely want to make sure you

Don’t miss out on this exclusive explosion of Kill la Kill goods at Viewster. Head on over, subscribe, and