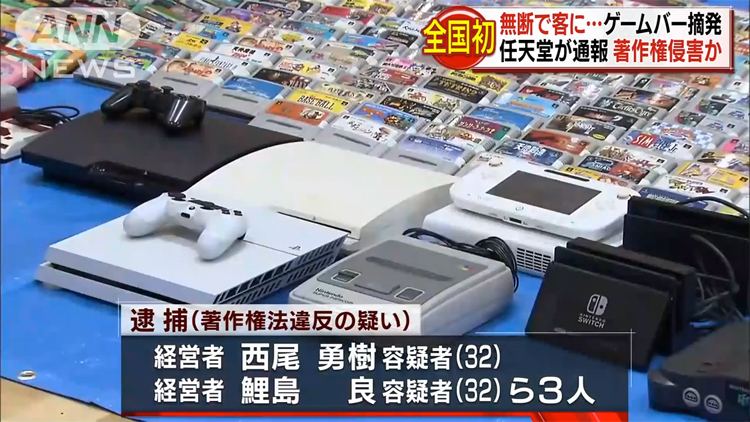 Specifically, the managers are “suspected of renting video game software and allowing customers to play them in April without obtaining the permission of game makers Nintendo Co. and Capcom Co.,” reports Mainichi.

These were the first such arrests in Japan.

Video game bars, where patrons can play games while drinking with friends, have long been a staple of the nightlife scene in large Japanese cities. While it’s technically illegal to set up game consoles for non-private use without permission, these bars were basically ignored for years.

But more recently, companies like Nintendo have taken a stronger line against such bars. In a 2013 interview with Otaku USA, Shinichiro Nagamine from Game Bar A-Button in Tokyo told Otaku USA: “now it’s actually difficult to play games here. Since Japan is really strict about copyright, Sony and Nintendo got mad at us.”

The Mainichi reports that Japan’s Association of Copyright for Computer Software issued official warnings against video game bars that had yet to remove their games earlier this year.