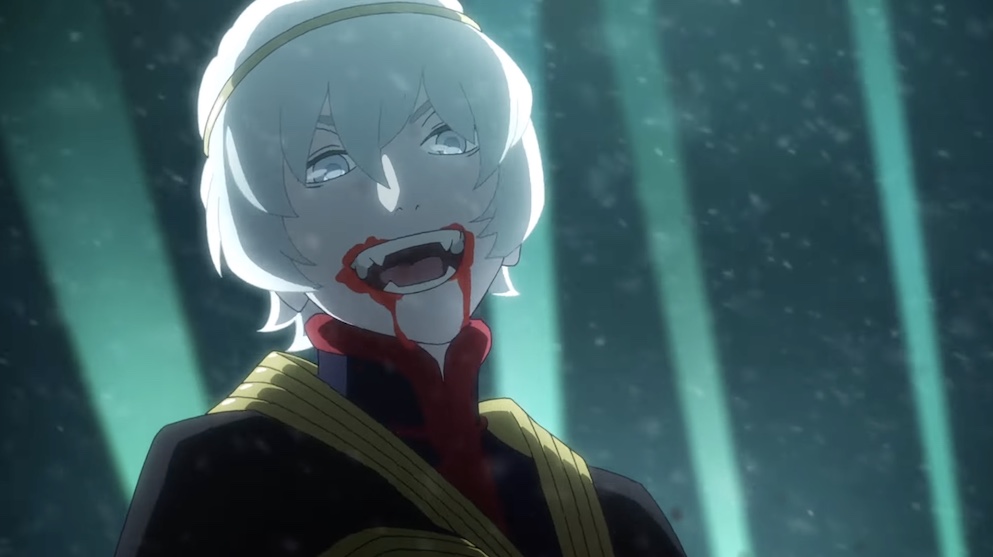 More cast members and a new clip have been revealed for Vampire in the Garden, an original anime from WIT Studio that’s on the way to Netflix on May 16. Check out the “Midnight Vampire Attack” clip straight from Netflix below, and read on to see who else has been announced for the voice cast.

The latest cast additions include Chiaki Kobayashi as Allegro, Rica Fukami as Nobara and Hiroki Touchi as Kubo. The anime previously announced Megumi Han as Momo and Yu Kobayashi as Fine.

Vampire in the Garden is being directed by Ryotaro Makihara (The Empire of Corpses), with Hiroyuki Tanaka (Claymore) as assistant director and Tetsuya Nishio (The Sky Crawlers) as character designer and chief animation director.

One cold winter, humanity lost its battle with the vampires, and with it, most of where they called home. A small population of survivors created a wall of light in a small town to protect them and give them a place to live in peace.

The protagonist, Momo, lives a repressed life but still wishes to coexist with the enemy, the vampires. Fine, the vampire queen, once loved humans and disappeared from the battlefield. As war rages through the humans’ town, the two have a fateful encounter. Once upon a time, humans and vampires lived in harmony in a place called Paradise. This is the story of a young girl and a vampire on a journey to find Paradise.

vampire in the garden 2