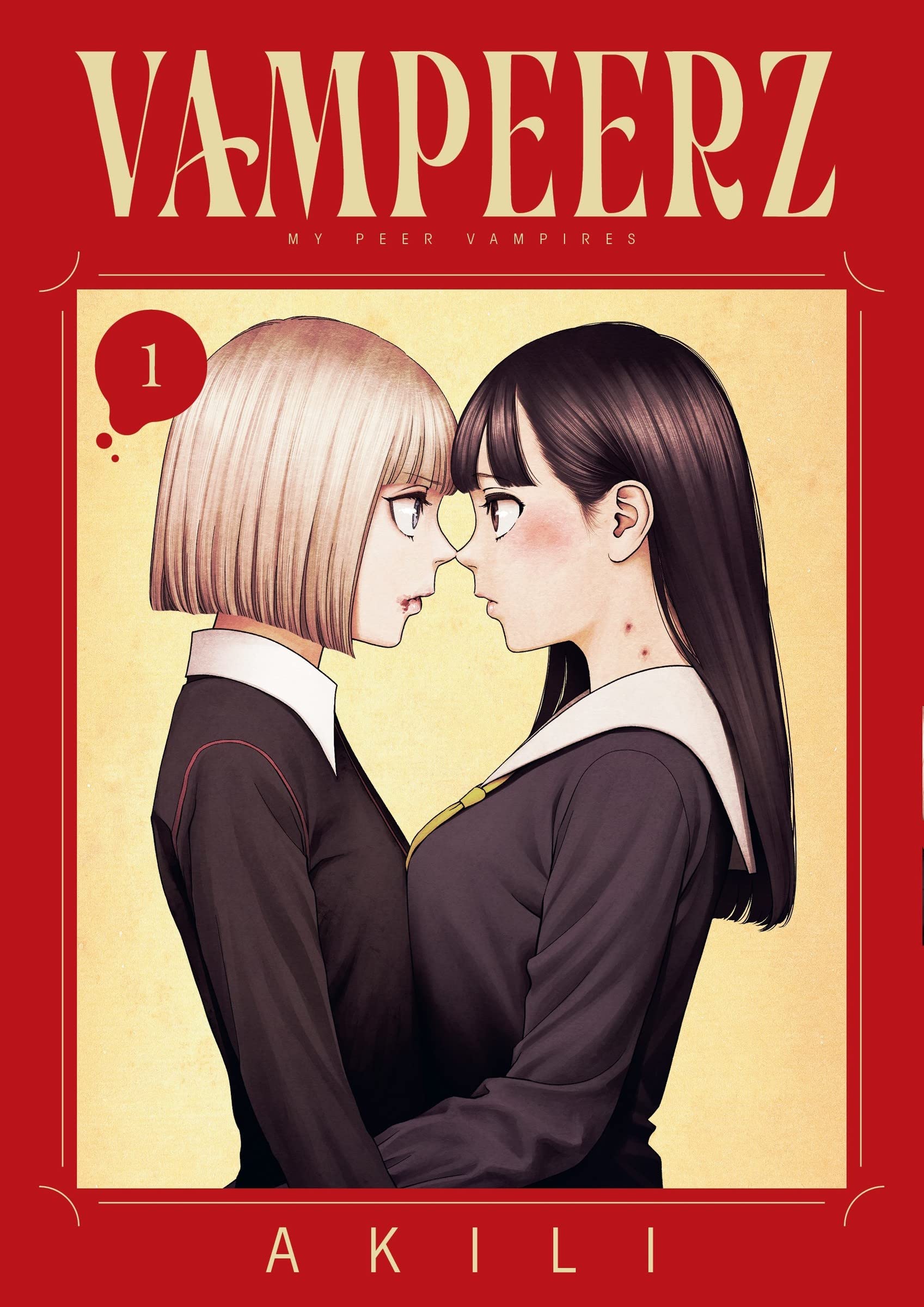 Vampeerz starts with something very serious: a 14-year-old girl named Ichika mourning the loss of her beloved grandmother. But the manga soon turns more lighthearted and slightly suggestive. Family members bug Ichika about getting a boyfriend, and she insists she’ll follow her grandmother’s advice, who said that her heart will tell her whom she should be with.

But when Ichika meets the right person, it turns out to be a girl. And a very mysterious girl at that.

Her name is Aria, and she ends up living with Ichika for a while, acting as a relative. Ichika describes Aria as a “frighteningly beautiful, super cute and very violent foreign girl.” Oh, and Aria also sucks Ichika’s blood.

Aria doesn’t match up with many vampire tropes — she can stand in sunlight, crosses don’t bother her, and she shows up in a mirror — but she prefers to be called a lilu. Despite the potential danger of living with a vampire, Ichika is mostly swept up in her crush on Aria. But when Aria asks Ichika to do something very over-the-top and violent, Ichika can’t do it.

Aria has been alive a long time, and the manga seems to be indicating that she was once friends (or more) with Ichika’s grandmother. The shojo-ai in the manga is shown in the form of yearning and Ichika’s fantasies, as well as the blood-sucking scenes that play up the titillation Ichika feels.

The artwork is soft and attractive, and this isn’t the type of shojo-ai that goes for extreme proportions (you know what I mean). The first volume is an easy read with a nice flow to the story. It doesn’t give the impression it’s going to be a complex series, though with Aria’s long life and the mysteries surrounding the grandmother, it could end up going that way. Despite the horror theme, there is nothing really horrific here, instead playing on themes of romance, whimsy and humor. This would be a fun read for fans of shojo-ai and fans who enjoy different types of vampire stories.

We Can’t Wait for These Titles to Return to the Fall Anime Season
The Devil Is a Part-Timer!! Dub Debuts Today on Crunchyroll