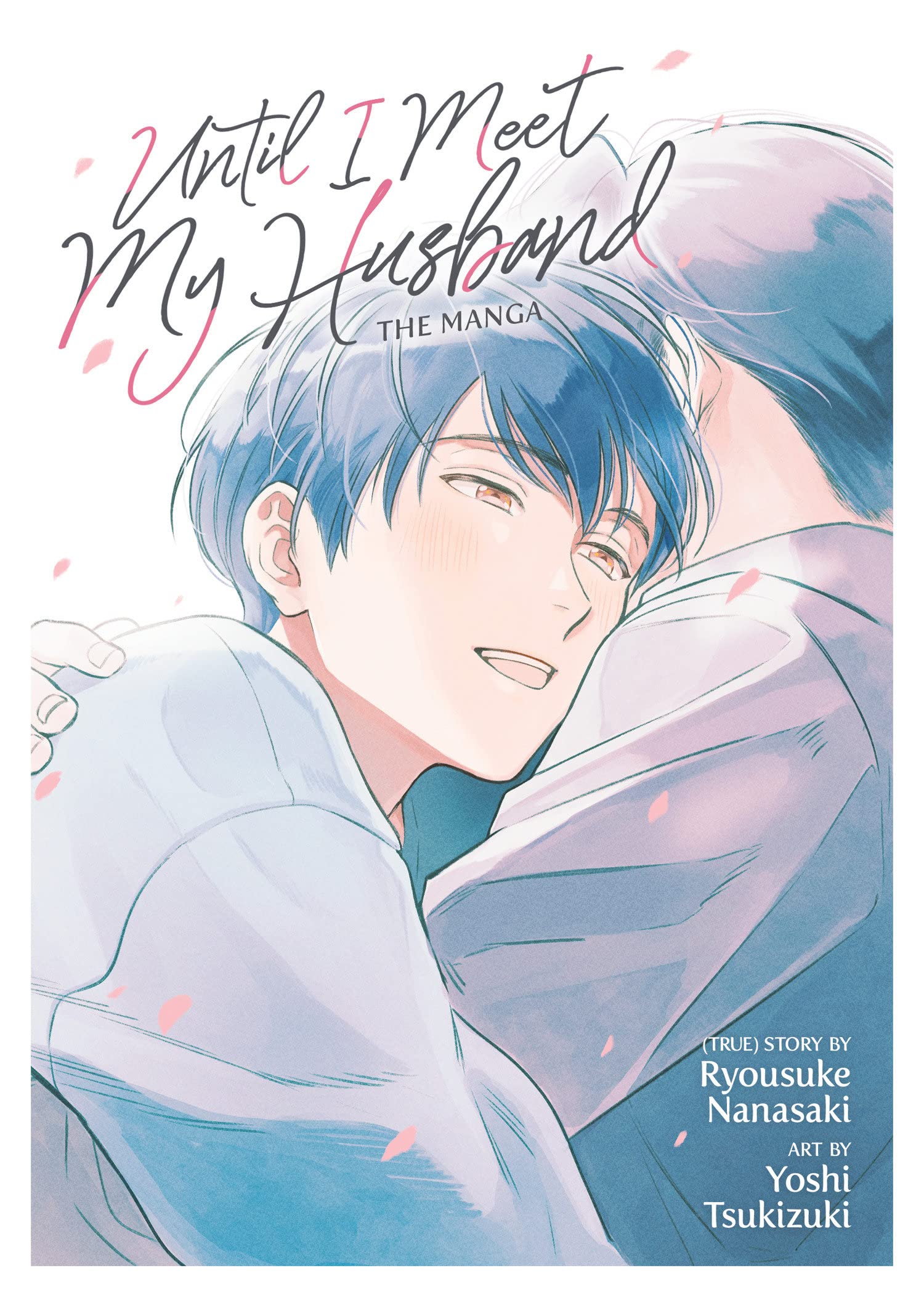 Until I Meet My Husband is illustrated by BL mangaka Yoshi Tsukizuki and is about a man in relationships with other men. But it’s not your typical BL. It’s a true story—a manga adaptation of Japanese gay activist Ryousuke Nansaki’s prose book of collected essays.

For years Ryousuke felt heartbreak and insecurity about being gay, until he finally falls in love and gets married. He gets crushes on a few different men, but things don’t work out. One man he has a crush on becomes his roommate, but the man is oblivious to Ryousuke’s feelings and moons all over his girlfriend, calling her all the time. Ryousuke finds listening to the man coo over his girlfriend to be agonizing, because he can’t tell his true feelings.

Eventually he does come out of the closet, and for a while he’s in a serious relationship with another man. But the man is easily jealous and the relationship ends up falling apart. The specter of homophobia hangs over the story and is sometimes shown explicitly, such as when Ryousuke’s mother has a freak-out that her son’s gay. At other times, people are welcoming and kind, and Ryousuke realizes he was worried for nothing.

We actually don’t get a whole lot of story with the man Ryousuke marries (who, coincidentally, is also named Ryousuke). Most of the manga concentrates on Ryousuke’s life and struggles before meeting the other Ryousuke. So there’s not as much of the romance angle between them, but at this point it’s good to see Ryousuke find happiness.

The BL-style artwork is quite beautiful, and it blends well with the sweet-natured story. In the afterword, the real Ryousuke notes that he has read all of Tsukizuki’s work and loves what was done with this manga, calling it groundbreaking. BL fans ought to enjoy it, as well as people interested in reading about the real-life experiences of growing up as a gay man in Japan, as told by one activist.

until i meet my husband 1

Talk to My Back Is an Honest and Unsentimental Look at Married Life
Uzumaki Anime Hit With Another Delay, No New Date Announced