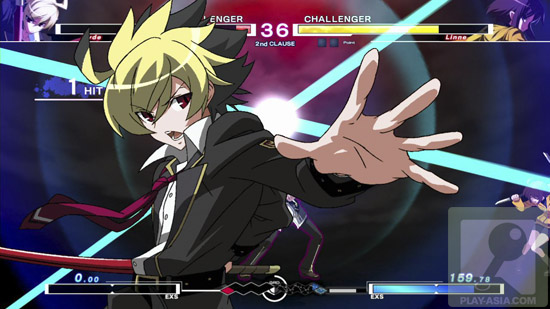 Ah, fighting games, perhaps the most time-honored go-to import choice. I remember getting my first import kicks from ordering games like X-Men vs. Street Fighter for Sega Saturn, so it’s nice to keep the tradition alive with Under Night In-Birth Exe:Late. Arc System Works (Guilty Gear, BlazBlue) delivers the latest from Melty Blood developer French-Bread, and it’s yet another fluid fighter that’s just as deserving of your regular competitive brawlin’ attention as any of the heavy hitters out there.

Under Night In-Birth Exe:Late—which will be referred to as Under Night from here on, because let’s face it, we’re all busy people—is an update to the arcade game that was originally released in Japan in 2012. Adjustments have been made since its debut, including gameplay tweaks and the addition of more characters such as Chaos, Akatsuki, and the console-exclusive Nanase and Byakuya. Throw in a variety of modes—from Arcade to Score Attack, Time Attack, Survival, Versus, and more—and you have a pretty impressive package that should keep fringe fighting fans busy for a while. 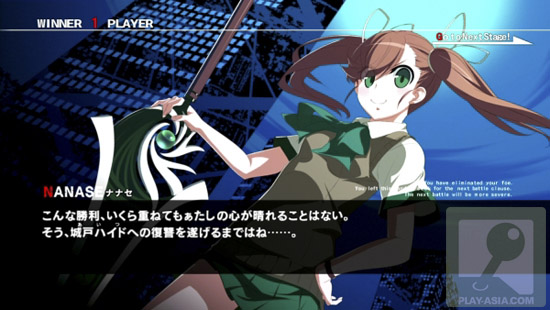 It’s really easy to pick up and play Under Night, but there are also plenty of subtle system mechanics to learn if anyone wants to take on the fighter more seriously. From the Grind Grid (GRD) gauge to all the residual effects like Vorpal state, Chain Shift, and beyond, Under Night is as deep as you want it to be. You can get into the nitty gritty of it right down to specific frames, and it’s a blast to explore and learn along the way, especially if you have some local friends or go-to online opponents to practice with on a regular basis.

Speaking of online, Under Night consistently has match-ups available, so finding someone to compete against in a Ranked or Player match is never an issue. The matches I’ve experienced thus far have mostly been smooth, and, as expected, competition is plenty fierce. 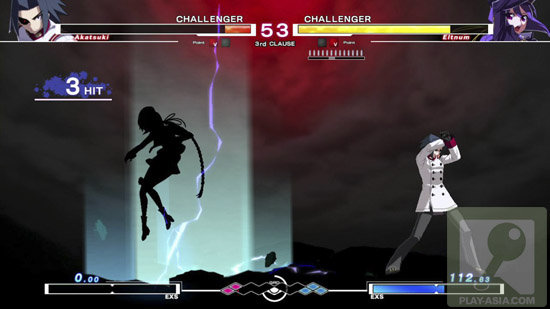 Under Night is as import friendly as it gets, unless you’re dying to absorb every single aspect of the story. It’s also a very nice looking game. Character designs are solid for the most part, animations are fluid, and the sound and feel of offense and defense is satisfying. Backgrounds are a little drab, giving the impression that 3D environments came to a standstill around the time of Marvel vs. Capcom 2, but that’s a very small complaint in the grand scheme of things. Both hardcore fighting game fans and dabblers looking to try something different will find a lot to like about Under Night In-Birth Exe:Late, and it might just take over your regular rotation more prominently than expected.