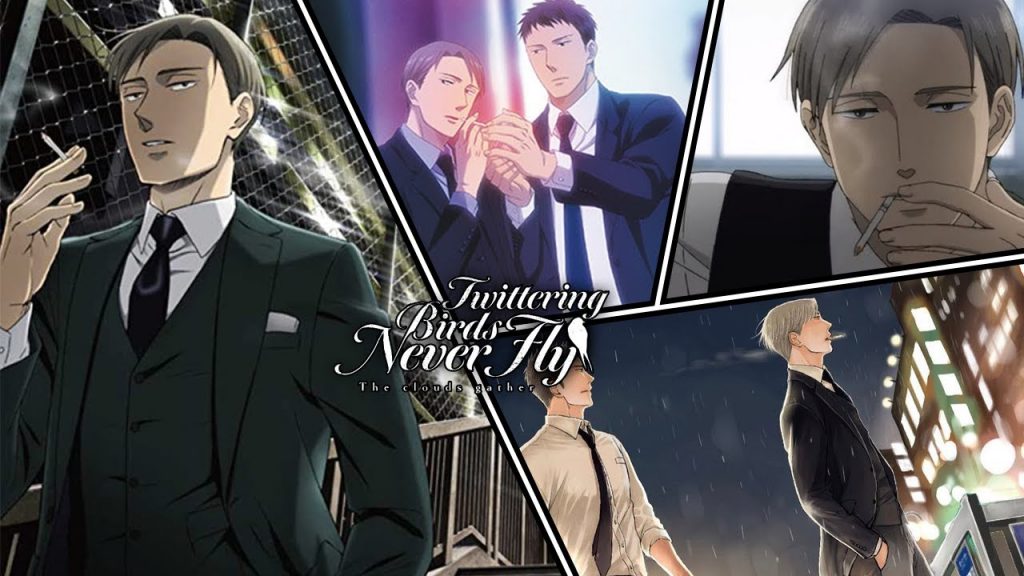 The BL film Twittering Birds Never Fly ~The Clouds Gather~ will make its debut on HIDIVE Monday, May 3 at 1 PM EST, 10 AM PST. The movie is licensed by Sentai, and HIDIVE shared Sentai’s trailer along with the news.

They gave this description of the anime:

Yashiro is the young leader of Shinseikai and the president of the Shinseikai Enterprise, but like so many powerful men, he leads a double life as a deviant and a masochist. Doumeki Chikara comes to work as a bodyguard for him and, although Yashiro had decided that he would never lay a hand on his own men, he finds there’s something about Doumeki that he can’t resist.

The original manga, Twittering Birds Never Fly, is published by Digital Manga, which recently announced a continuation of the series after it had been on hiatus.