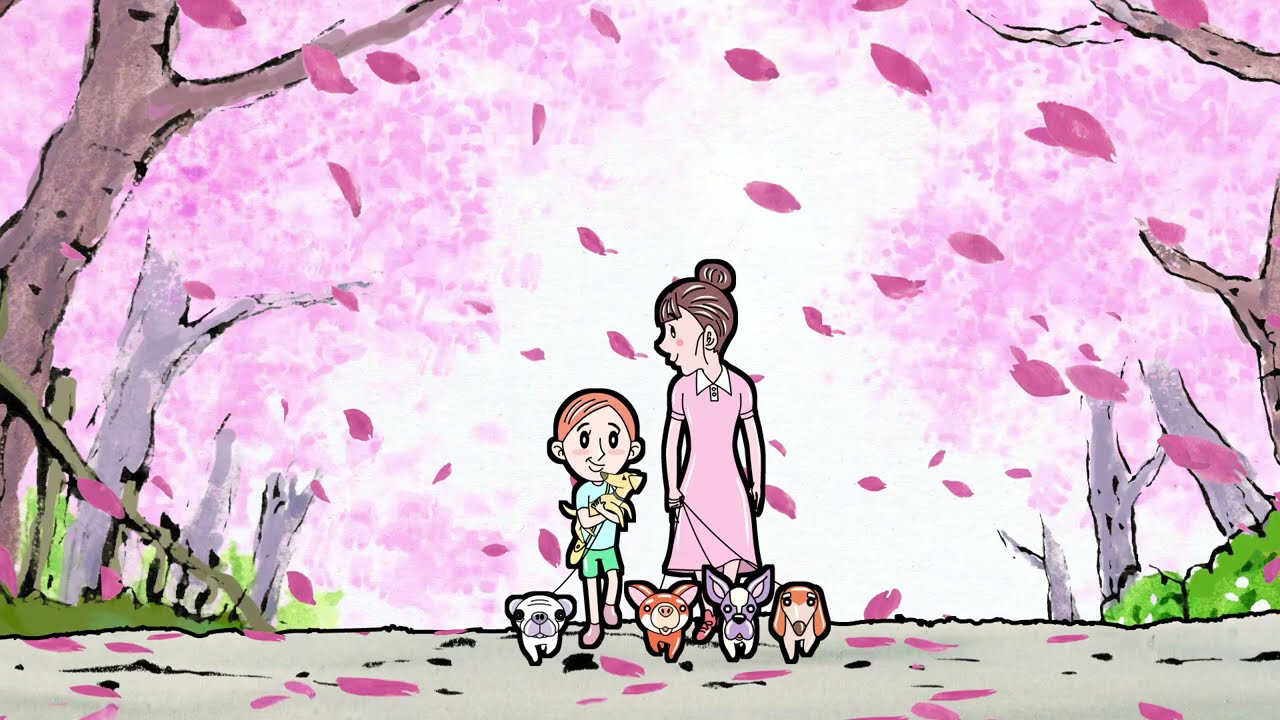 The picture book Riku wa Yowakunai came out in 2020 and has about 22,000 copies in circulation. A teaser trailer for the anime film adaptation has been released.

The book was written by Shinobu Sakagami, who has fourteen dogs and four cats. The illustrator, Kunihiro Kawashima, is part of the comedy duo Yasei Bakudan. The story is about a little girl and her dog friends, clearly inspired by Sakagami’s love of animals.

The movie is being directed by Masatsugu Arakawa, who was the chief director of Urahara and has a long list of credentials in the field of key animation.