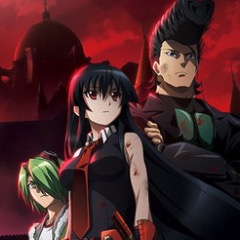 Toonami announced on its official Tumblr that this Halloween weekend the action animation block will have a marathon of Akame ga Kill.

Akame ga Kill will take the block over in its entirety, with episodes 3-11 scheduled to air. This includes the bonus hour that the block gets from daylight savings time.

The English dub of Akame ga Kill has been airing on Toonami since August 8 of this year. The show follows the story of a group of assassins called Night Raid who are out to assassinate the corrupt prime minister of their nation.

Below is the full Toonami schedule for October 31/ November 1 (via the Toonami Official Tumblr):

Japanese Fans Rank The Anime They’d Like To Show Their Children
Godzilla vs. King Kong Set For 2020