Titans Chomp Down On… Fast Food

Hitting Tokyo this week: a pretty hilarious promotional campaign for an upcoming Attack on Titan exhibition.

As fans of Attack on Titan are all-too-aware, it’s not typically pizza and hamburgers the titular Titans are fond of chomping down on, but that’s what they’re doing in the posters, which are due to be displayed at Tokyo’s Roppongi station. 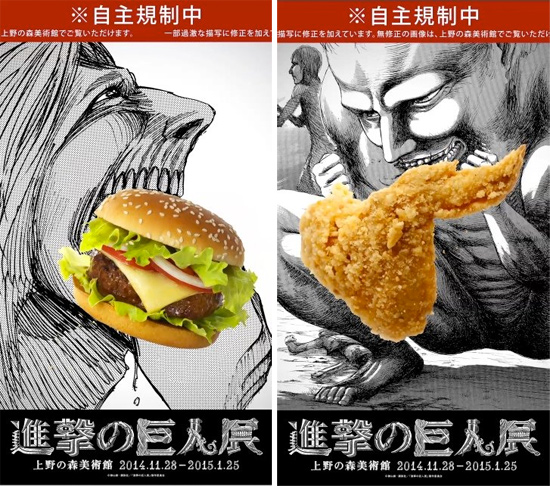 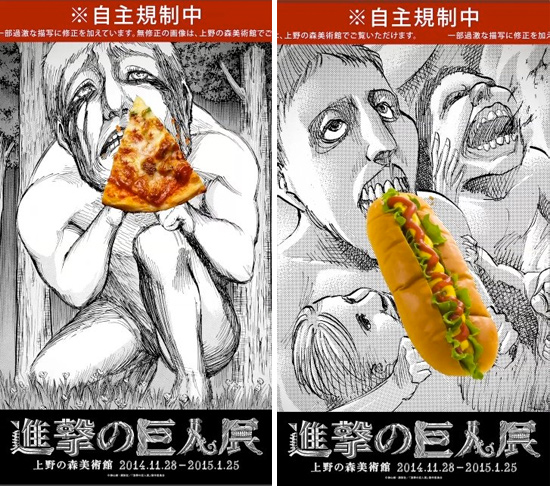 The red text across the top of the posters reads “exercising voluntary restraint.” How admirable!

Residents of Tokyo who are interested in seeing what’s under the posters should head to the Attack on Titan exhibition at the Ueno Royal Museum starting November 28. We will, of course, be bringing you a report. In the meantime, I’m feeling kind of hungry…