Three Times Re:ZERO Messed Us All the Way Up 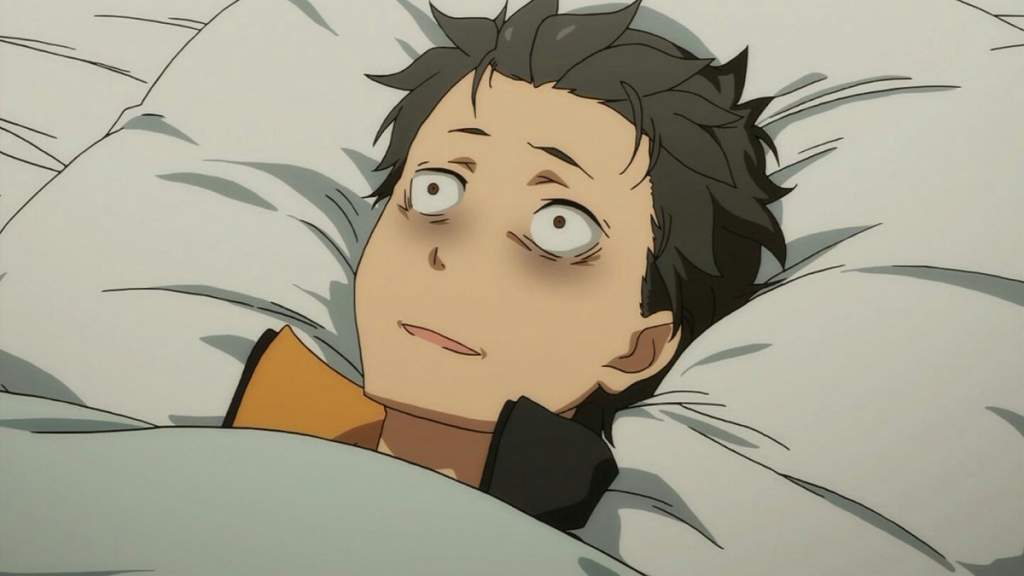 If your introduction to Re:ZERO -Starting Life in Another World- was via the anime, you can be forgiven for getting completely the wrong idea about it. Anyone looking at the art and figures would assume it’s a typical isekai series, where a random Joe courts a variety of potential Best Girls to his heart’s content and maybe slays some monsters along the way. And, yes, there are Best Girls and there are monsters — but there’s also death, more death, full psychological breakdowns, and that time we watched the end credits roll while staring at a frozen, decapitated corpse. Which also counts as death, I guess.

With the second season upon us, we can look forward to much more horror in between the cuteness and romance. Before that, though, we’re paying tribute to just a handful of the times Re:ZERO messed us up. If you’re not caught up to season 1 or haven’t read the light novels, beware spoilers… though at this point you’ll probably want to catch up as quickly as possible, anyway. 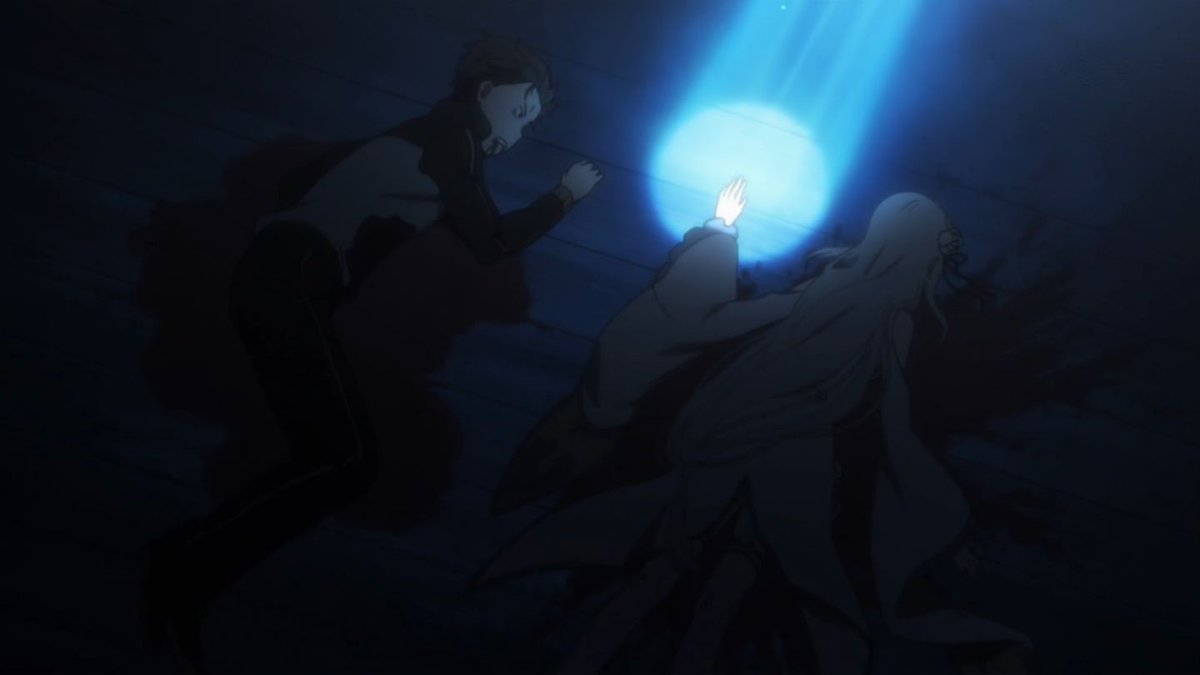 Compared to future deaths (one of which is coming up next), the first go-round in Re:ZERO is pretty tame. But for new viewers, it was the moment they realized something was very different.

We’d just had an episode of otherworldly antics, with the awkward Subaru falling in love at first sight with the half-elf we’d eventually come to know as Emilia. But their perfect meet-cute quickly turned deadly, and… then everything was fine. Well, except for the fact that Subaru would have to start over with “Satella.”

Not only were viewers suddenly aware that something was very amiss in this world, we also had to deal with the knowledge that Subaru and Emilia’s adorable first day together was lost to the ages. Though that’s not the only thing lost to the ages… 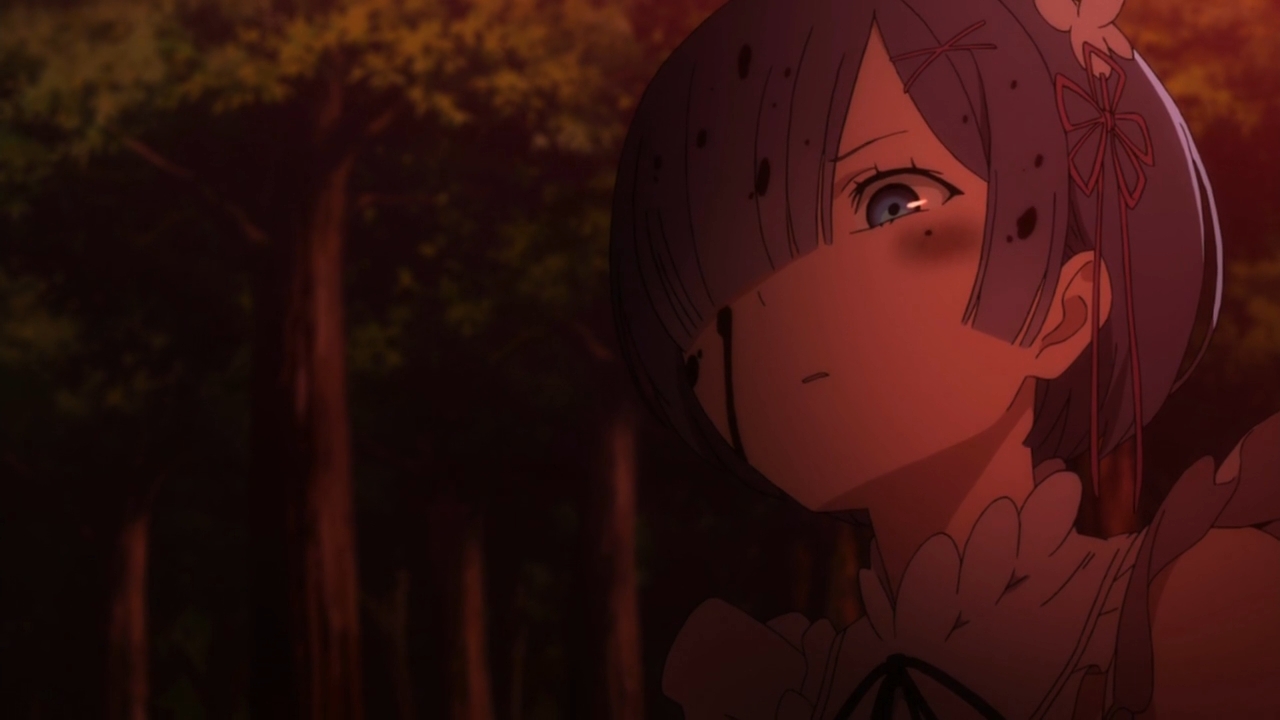 Things were starting to go well for Subaru again. He had the promise of a date with Emilia, he was working in a mansion alongside a pair of cute maids, and he got to teach everyone radio calisthenics. But things weren’t as rosy as he assumed — they never are.

Subaru soon discovered that his favorite twin maids were armed and dangerous. Not just that: they were out to get him. While Ram would eventually confront Subaru, it was Rem who went to town with her morning star. As with before when Subaru couldn’t see his attacker, his dismembered limbs caught some impressive (and horrifying) air. He may have to live with the memories of seeing everyone he cares about die multiple times, but he’s also got this one stored away in his memory. 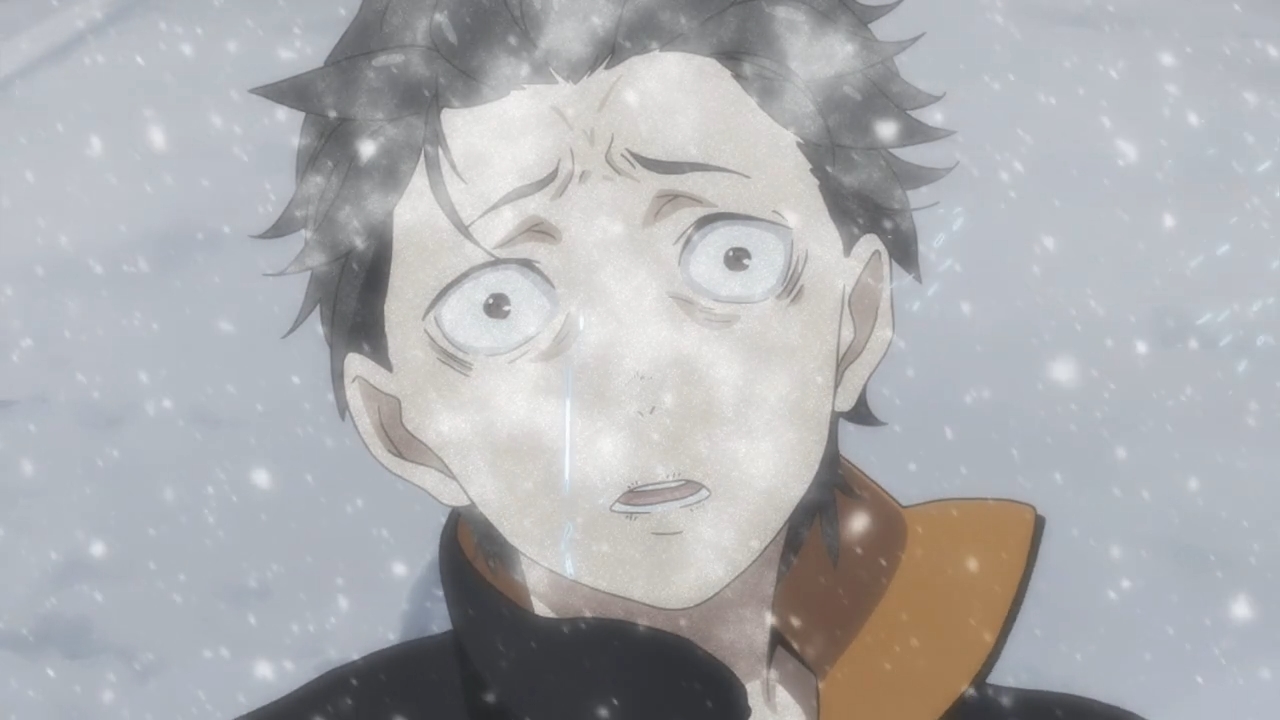 Episode 15, “The Outside of Madness,” more than earns its title. With Subaru catatonic from the sheer amount of horror he’s endured, his entire world begins to fall apart. To make matters worse, he has his first run-in with Petelgeuse of the Witch’s Cult (a nightmare in and of himself). We see Rem magically mangled, giving the last of her strength to free Subaru from Petelgeuse’s chains.

We end the episode with a nightmarish visual of Subaru’s headless, frozen body becoming progressively more buried in a snowstorm… to be followed by another Return by Death, meaning he gets to start yet again. And, as usual, only he knows the horrors he’s seen.

Readers of the Re:ZERO light novels know that Season 2 promises even more weirdness. For the rest of us, a new season brings more questions. Are we prepared? How will Subaru die next? Who’s Rem? All this and more kicks off today.