Those enjoying Tsugumi Ohba and Takeshi Obata’s Bakuman manga, published in North America by Viz Media, will be pleased to hear word of the anime being renewed for a third season in Japan.

The anime’s first season ran for 25 episodes from October 2010 to April 2011. The second season will come to an end on December 24, and will be followed after a bit of a wait with the third season next fall. 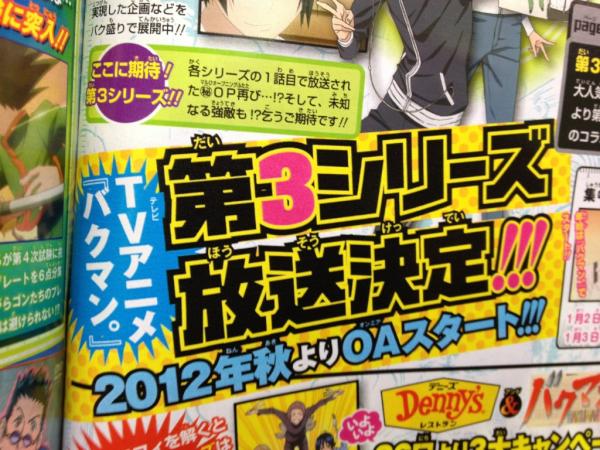