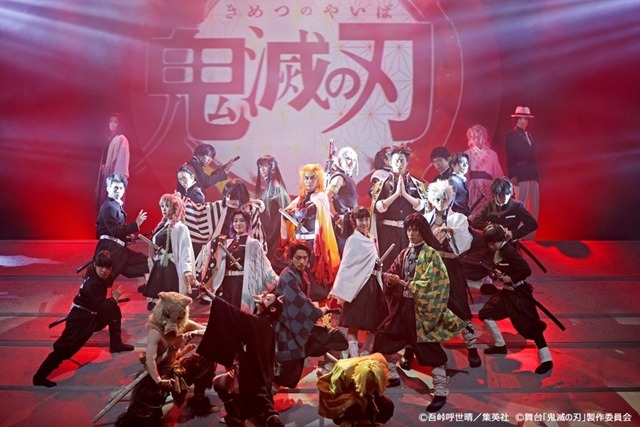 All aboard, as the third Demon Slayer: Kimetsu no Yaiba stage play gradually approaches its first stop in Japan! Demon Slayer: Kimetsu no Yaiba the Stage Part 3: Mugen Dream Train follows the act of the first two plays this September, starting at TOKYO DOME CITY HALL in Tokyo before moving to Kyoto Theater in Kyoto later that month and then swinging back to Tokyo for more at the same venue in October. The latest update is here with a striking main visual showcasing the cast in costume.

The third Demon Slayer stage play has Ryota Kobayashi reprising his role as Tanjiro Kamado along with Hiroshi Yazaki as Kyojuro Rengoku, while Karen Takahashi will take over the role of Nezuko Kamado from Akari Takaishi. 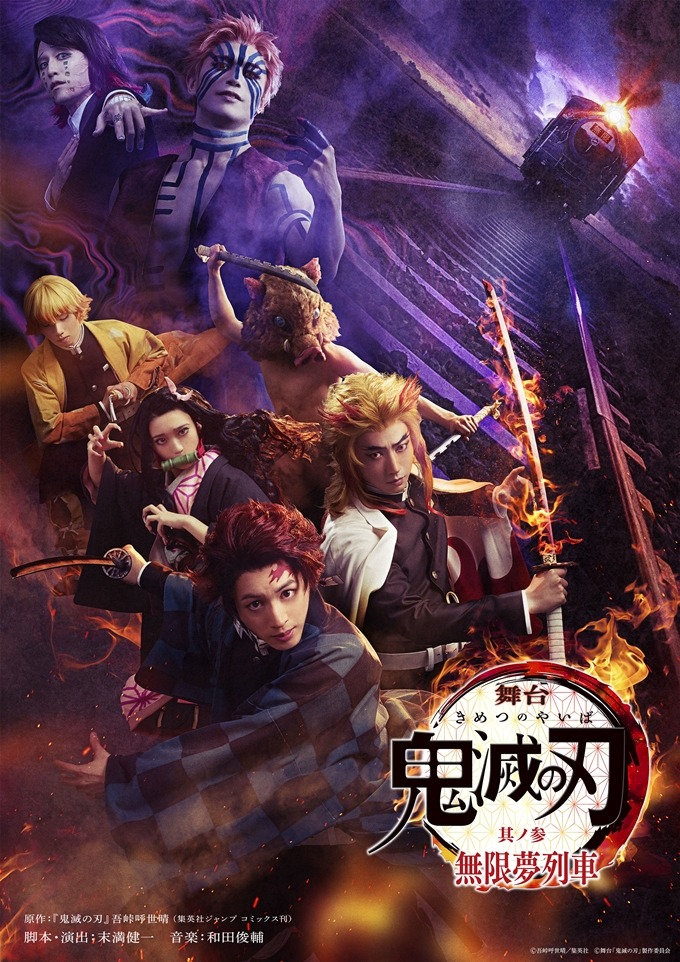