The Vault of Error: Appleseed

In the near future, there is only war.

Well, war and a metropolis run by beautiful, emotionally-supressed human clones known as Bioroids.  This isn’t Warhammer 40K we’re talking about here. It’s Appleseed, the big budget (by Japanese standards) CG-animated film from 2004 with more wanton destruction than you can shake a spider-tank at. Adapted from the manga by Masamune Shirow and directed by Shinji Aramaki, Appleseed tells the story of Deunan Knute, a one-woman army plucked from the battlefield and dumped into the middle of Olympus, a futuristic city designed to be humanity’s last, best hope for survival. Populated by Bioroids and governed by a supercomputer named Gaia and a council of seven cackling, cybernetic old geezers, Olympus is not quite the paradise it appears to be. Rebellion and discontent swirl just beneath the surface, and violence fomented by General Uranus and the human-controlled Olympus Regular Army threatens to destroy the delicate balance of power. Conspiracies swirl, treachery abounds, and somehow Deunan Knute is caught in the center of it.

But never mind the bollocks, as a certain seminal punk band would say, this film is really about explosions, military mayhem, and punching robots in the face. 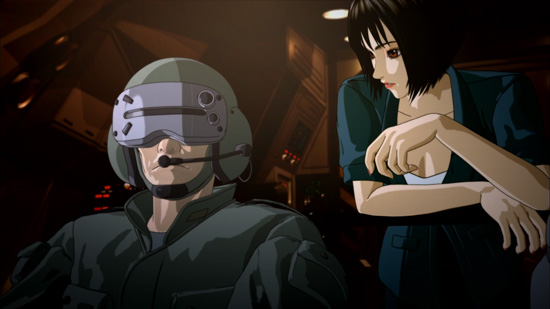 I’m a shameless Appleseed apologist. I won’t lie. The story is borderline ridiculous, with leaps of logic and lapses of consequence that would make John Woo blush. Some of this stems from the narrative, where essential details such as key conspiracies and character motivations remain murky until the final act of the film. Some of this stems from director Shinji Aramaki’s attempts to give the protagonist, Deunan Knute, an emotional core. In this film, Deunan Knute isn’t so much a person as a walking murder-machine. Trying to humanize Deunan by giving her a traumatic childhood back-story and intimacy issues with her cybernetic boyfriend, Briareous, results in many dramatic scenes seeming inadvertently hilarious.

One scene in particular, in which Deunan shares a tender moment with a badly wounded Briareous, will leave you snickering. When I first saw it, I questioned the merits of programming a military cyborg to feel pain, and I wondered whether Briareous had a subroutine labeled “Hammy Death Speech” for just such an occasion. And then there’s Hitomi, a Bioroid and Deunan’s erstwhile baby-sitter while the lady-soldier adjusts to life among a peaceful, civilian populace. Hitomi’s inquiries about the nature of human emotions are supposed to help reveal Deunan’s softer side, but I couldn’t stop comparing Hitomi’s lines to those of Ro-Man from the infamous science fiction farce, Robot Monster. “Bleep boop bleep boop, tell me more of this Hu-Man thing called ‘love’!” 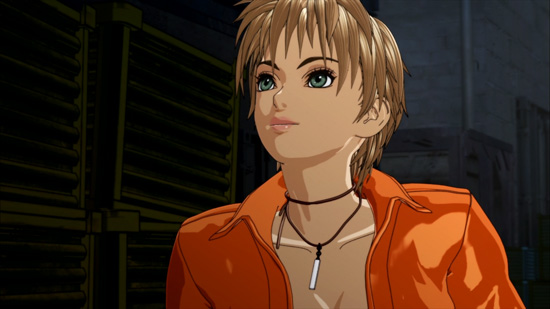 No, Shinji Aramaki’s reach exceeds his grasp in the realms of character drama. But his true strengths shine in his action set-pieces and his love of all things mechanical. Matching Aramaki’s talents with Shirow’s nigh-obsessive mechanical designs is a stroke of serendipity. Whether it be the Landmate battle-suits or the military vehicles or the sexy, female android assassins—because what killer robot would stalk into battle without her high heels and purple lip gloss?—the attention to detail is excellent.  The designs hold up well even as the computer graphics used to animate them begin to show their age.  Even the flying cars seem entirely plausible, although the viewer still has to chop though reams of scientific-sounding jargon as characters try to explain the fuzzy physics of their machines. The action scenes are taut and well-composed, too. They are frenetic without relying on the kind of shaky, hand-held camera work that too often substitutes for fight choreography these days. Appleseed sates my appetite for destruction, especially during the climax, where a platoon of mobile battle fortresses go stomping through the center of Olympus on giant, robot-spider legs, and ESWAT scrambles all its troops in flying powered armors suits to take the rampaging robots down.

Has it really only been seven years since the Appleseed film planted roots on American shores? In the time since Appleseed‘s release, I’ve seen it in the theater during a special limited release. I’ve bought the film three times on DVD and once on BluRay through releases from two different companies, one of which is long since extinct. I ran a flea market booth for six months with a framed copy of the Appleseed movie poster as a center piece: that was over five years ago. The last time I watched Appleseed was also over five years ago, in preparation for a podcast review. The first Appleseed anime adaptation was an OVA from 1988, twenty-four years ago. The manga itself launched three years before that, with an English language adaptation arriving a full decade later. So much time, so many memories, not all of them good ones… 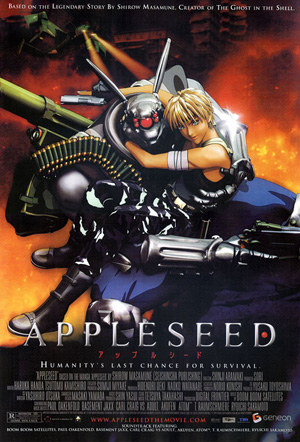 The years grind on. My prized movie poster, once proudly displayed, sits propped in a closet somewhere, gathering cobwebs, forgotten. Shinji Aramaki continues to create quality work, especially in the realms of production design. Masamune Shirow seems content to produce pornography featuring increasingly oddly proportioned women, anthropomorphic horse-men, and the star-spawn of Cthulhu. And I’m still here, still pecking away at my keyboard, penning paeans to the cartoons that make me smile. But what of Appleseed? Does anyone remember those glorious moments when that cyborg-dude punched that robot-lady in half, or when Deunan Knute defeated a platoon of robot soldiers with nothing more than a shotgun and gymnastics?

Has Appleseed sprouted into something special, something perennial, something that weathers the test of time and bears fruit for newer, younger generations?

Or does it lay barren in the fallow fields of memory?