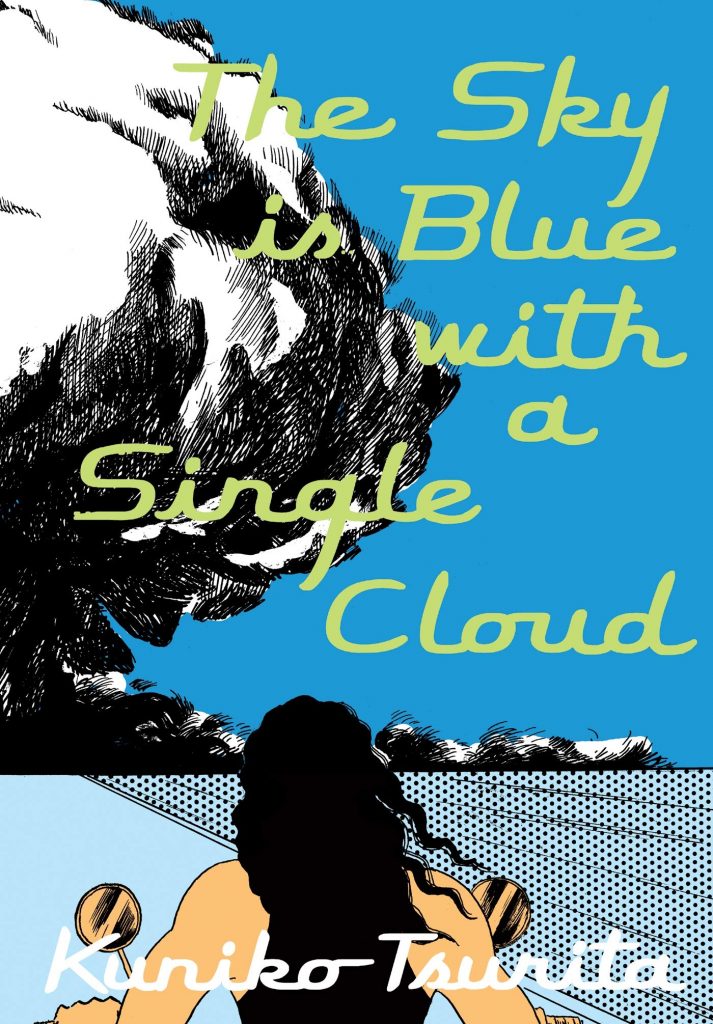 The Sky is Blue with a Single Cloud is a collection of short manga stories written during the 1960s to 80s by Kuniko Tsurita, the only female mangaka to habitually contribute to Garo magazine during its early days. Garo, like Tezuka’s COM, was a magazine aimed at mature readers and could get into darker subjects and be very avant-garde and different.

There is a haunting darkness to these nineteen stories. You can see Tsurita’s art skills become more refined over time, but even her early works have a shivering, macabre feeling to them. One story is about the struggle for survival in prehistory, from the perspective of a woman in a man’s world. Another has a man filming someone’s death and then playing the footage for everyone as if it were a fictional movie. In the title story, it’s a beautiful day out—only marred by the atomic cloud in the sky.

These stories are clearly influenced by science fiction, existentialism, and memento mori. When Tsurita was in her twenties she was diagnosed with lupus. She would continue her art as long as her health allowed, including the haunting fairy tale-like story “The Sea Snake and the Big Dipper.” Unfortunately, she died when she was only thirty-seven. By bringing her work out in English, publisher Drawn & Quarterly is saving her from being forgotten and letting a whole new group of people learn about this unique and trailblazing mangaka.

The Sky is Blue with a Single Cloud is 384 pages, and it includes a note from Tsurita’s husband, Naoyuki Takahashi, who met her after being a fan of her work. It also includes a lengthy afterword about Tsurita and her work, really giving appreciation for her talents and how she fought against the odds.

kuniko tsurita 1the sky is blue with a single cloud 1