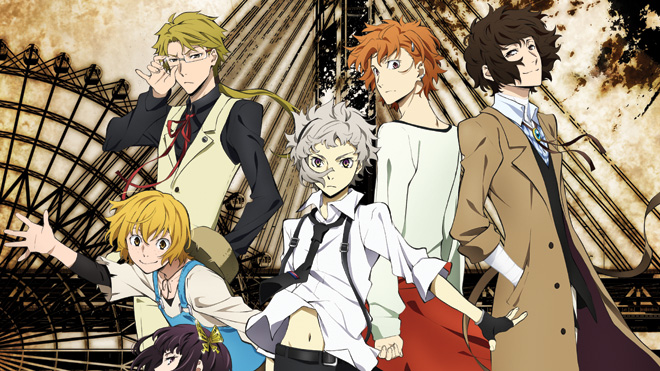 Something is rotten in the city of Yokohama. Factions of super-powered individuals secretly vie for control of the city, with sporadic outbreaks of gang violence sometimes escalating into open warfare in the streets. A young man named Atsushi Nakajima is tossed headlong into this shadow-war when he turns 18 years old and the orphanage he was raised in kicks him out, telling poor Atsushi to fend for himself or die face down in the gutter. Worse still, Atsushi is the target of a mysterious monster: a huge, ferocious white tiger stalks Atsushi wherever he goes, leaving chaos and destruction in its wake.

Atsushi’s abysmal luck improves when he encounters an odd man attempting to drown himself in the river. This strangely suicidal guardian angel is Osamu Dazai, a member of the Armed Detective Agency, one of the two superhuman factions battling for control of Yokohama. Dazai takes Atsushi under his wing and demonstrates that Atsushi’s true problems aren’t with the world outside, but rather with the beast within. Although he doesn’t realize it at first, Atsushi is a weretiger, a shape-shifting being of immense supernatural power. For reasons unknown, the Port Mafia—the super-powered criminal syndicate that rules Yokohama’s underworld with an iron fist—has put an enormous bounty on Atsushi’s head. With the aid of the Armed Detective Agency, will Atsushi be able to survive and unravel the mysteries of his seemingly cursed existence? 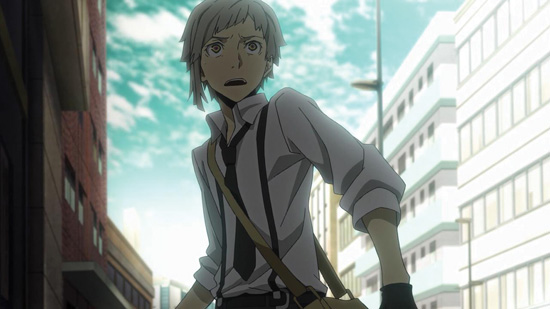 This is the premise of Bungo Stray Dogs, a 2016 action/supernatural TV anime with direction by Takuya Igarashi and animation by BONES. The series is based on the manga and light novels written by Kafka Asagiri and illustrated by Sango Harukawa. Since the “bungo” in the title means “literary master,”,there’s an additional caveat: all of the super-powered heroes and villains in Bungo Stray Dogs and all of their reality-bending powers are based on real-life authors and their works. Dazai, for example, gets his suicidal tendencies from his real-life namesake, a Japanese novelist of the Modern period who took his own life in 1948. In the fantasy world of Bungo Stray Dogs, Osamu Dazai is a private detective who fights crime with the help of a talent called “No Longer Human,” which allows him to neutralize the superhuman abilities of anyone that he touches. The Port Mafia is similarly stacked with literary heavyweights, especially the ruthless Ryunosuke Akutagawa, a black-hearted villain who takes an immediate hatred to Atsushi and whose talent, “Rashomon,” allows Akutagawa to tear the very fabric of space apart.

Bungo Stray Dogs is at its best when the superhuman conflicts are at their biggest and boldest. BONES excels at animating high-concept action sequences, so the clashes between the Port Mafia, the Armed Detective Agency, and the Guild are where the show really shines. If other seinen action comics (such as JoJo’s Bizarre Adventure) have taught us anything, it’s that super human abilities are most captivating when they come with an unusual drawback or when the abilities are applied in a creative manner. This design philosophy is Bungo Stray Dog’s raison d’etre, as every superhuman agent’s abilities are clearly delineated. For example, Akiko Yosano of the Armed Detective Agency has an ability called “Thou Shalt Not Die,” which can miraculously cure any ailment, but only if the patient is on death’s door. Kenji Miyazawa’s “Undefeated by the Rain” grants him superhuman strength, but the power only manifests when he’s hungry. The most interesting power is probably Edogawa Ranpo’s “Super Deduction” ability, which isn’t a superhuman talent at all, but rather just Ranpo’s hyper-developed skills of observation and deductive reasoning masquerading as a power. 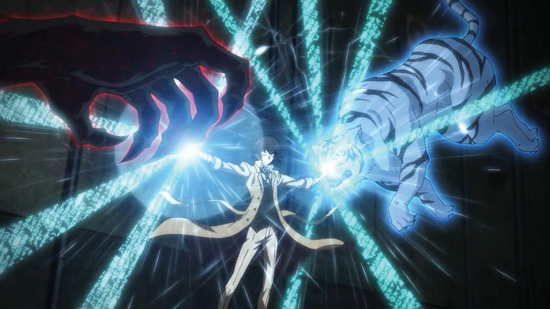 Bungo Stray Dogs has slick character designs, a cool concept, great action scenes, and a surprisingly keen sense of humor, which is an unexpected perk from a series with such an exaggerated premise. If the series has an obvious flaw, it’s a matter of pacing. Bungo Stray Dogs feels like a show that’s constantly waiting to inhale. When the series has something important to say, its voice is bold and clear, but over the course of two seasons and 24 episodes there are plenty of breathless moments. The best story arc by far is the three-episode flashback that opens the second season and examines Dazai’s past as a merciless, high-level enforcer in the Port Mafia. As a result, Bungo Stray Dogs peaks in the middle and never quite regains its momentum leading into the climax.

Similarly, although it’s a clever comparison, far too much screen time is dedicated to the visual and thematic parallels between the heroic Atsushi Nakajima and the sinister Ryunosuke Akutagawa. Atsushi lacks a sense of self-worth from a lifetime of physical and emotional abuse at the hands of his caretakers, while Akutagawa’s self-loathing drives him to extravagant violence in a mad quest for the admiration of his peers. Atsushi’s journey to becoming a hero takes far too long, and because he is so passive and reactionary, Atsushi’s story is not as engaging as those of more proactive characters. Even Francis F, the leader of the Guild and the primary antagonist of the second season, has a more compelling backstory than the protagonist of Bungo Stray Dogs, but this is because they establish Francis’s true motivations without a single wasted line or superfluous scene. 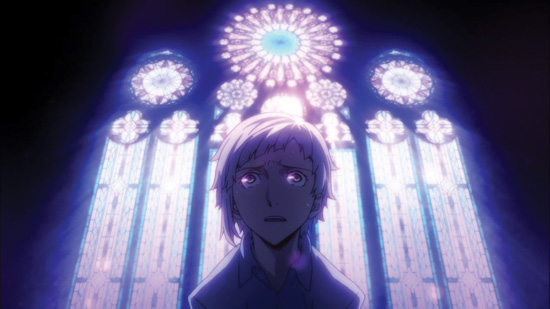 A split-cour series that was broadcast on Tokyo MX in April and October of 2016, Bungo Stray Dogs is also available via streaming on Crunchyroll (subtitled) and Funimation (dubbed). It’s a solid effort. Although the writers for the series don’t resolve all of the mysteries they introduce, the TV anime still concludes on a high note that leaves the audience wanting more. I’d love to see what Bungo Stray Dogs can do with the evil version of Fyodor Dostoyevsky that they tease during the denouement. Perhaps my wish will be granted in the near future. With the manga still ongoing and an original animation DVD planned for August 2017, who knows what further chapters lie ahead for these titans of fiction turned champions of justice?

Bungo Stray Dogs is available from Crunchyroll and Funimation.

20% of Manga Artists Are Scared of Going Bankrupt 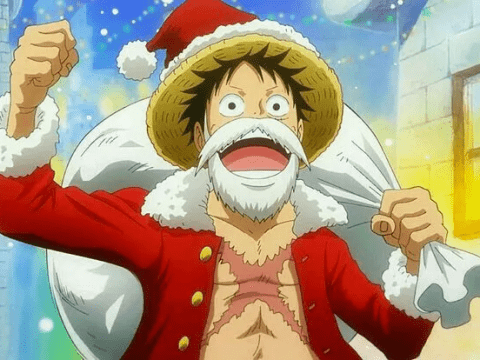 An Easy Gift Guide for the Anime Fan on Your List

the angel next door spoils me rotten 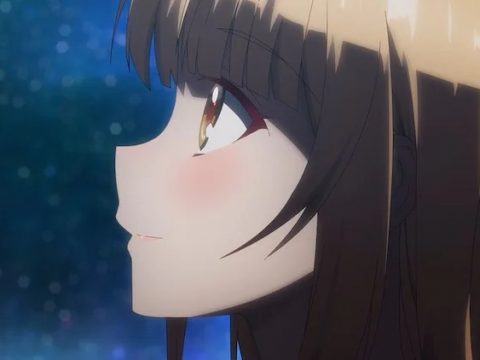