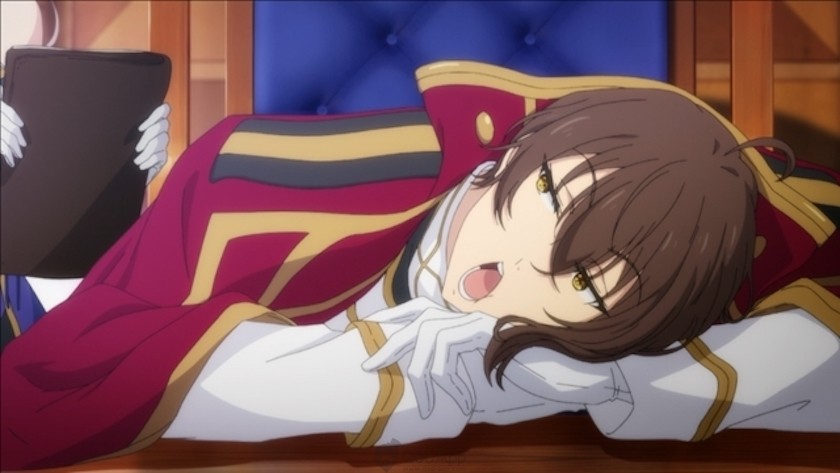 The anime comedy The Genius Prince’s Guide to Raising a Nation Out of Debt (Hey, How About Treason?) (or Tensai Ōji no Akaji Kokka Saisei Jutsu – Sō da, Baikoku Shiyō in the original Japanese) will launch on Japanese TV early next year. While fans of the original light novel series are waiting for the adaptation, they can check out this newly dropped trailer that lets us hear some of the voices.

The anime is being done at Yokohama Animation Lab, with Masato Tamagawa of Saint Seiya: Saintia Sho working as the director. Deko Akao, who has previously worked on Noragami and Snow White with the Red Hair, has been tasked with series scripts. The job of assistant director goes to Xin Ya Cai, while Yoshihiro Tsukashita works as the 3D director and the art director is Hirotsugu Kakoi. The anime’s music is being composed by Toshihiko Sahashi.

The light novels are available in America through Yen Press, and the publisher gives this description of the setup:

“The prince of this small and weak kingdom strives for only one thing: selling out his country and living a quiet life in leisure! Sadly, the greatest obstacle he will ever face is his own genius…! As he achieves ever greater accomplishments, he earns more and more favor with the people of his kingdom…which makes fulfilling his own dreams all the harder!!!”

Have you read the light novels, and are you interested in the anime adaptation?

The Genius Prince's Guide to Raising a Nation Out of Debt (Hey How About Treason?) 1