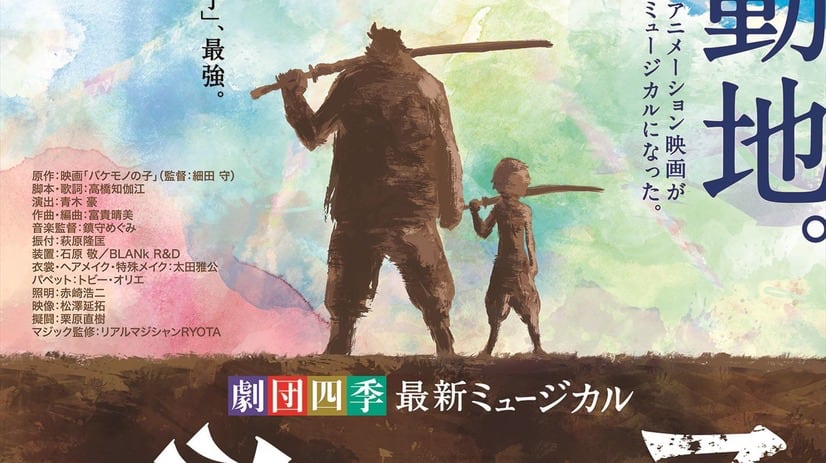 Mamoru Hosoda’s 2015 film The Boy and the Beast is being turned into a musical.

The Boy and the Beast musical will be produced by Hosoda’s Studio Chizu and the Shiki Theatre Company, and will premiere in April 2022 in Tokyo.

The musical will bring together “creators from various fields such as special make-up, puppets, action, magic, and video … to create a diverse array of beasts, a festive other world, and powerful battle scenes,” according to a press release.

The news comes with a poster and a piece of concept art, seen below.

Here’s how Funimation describes The Boy and the Beast:

When Kyuta, a young orphan living on the streets of Shibuya, stumbles into a fantastic world of beasts, he’s taken in by Kumatetsu, a gruff, rough-around-the-edges warrior beast who’s been searching for the perfect apprentice.

Despite their constant bickering, Kyuta and Kumatetsu begin training together and slowly form a bond as surrogate father and son. But when a deep darkness threatens to throw the human and beast worlds into chaos, the strong bond between this unlikely pair will be put to the ultimate test- a final showdown. Can the two finally work together using all of their combined strength and courage? 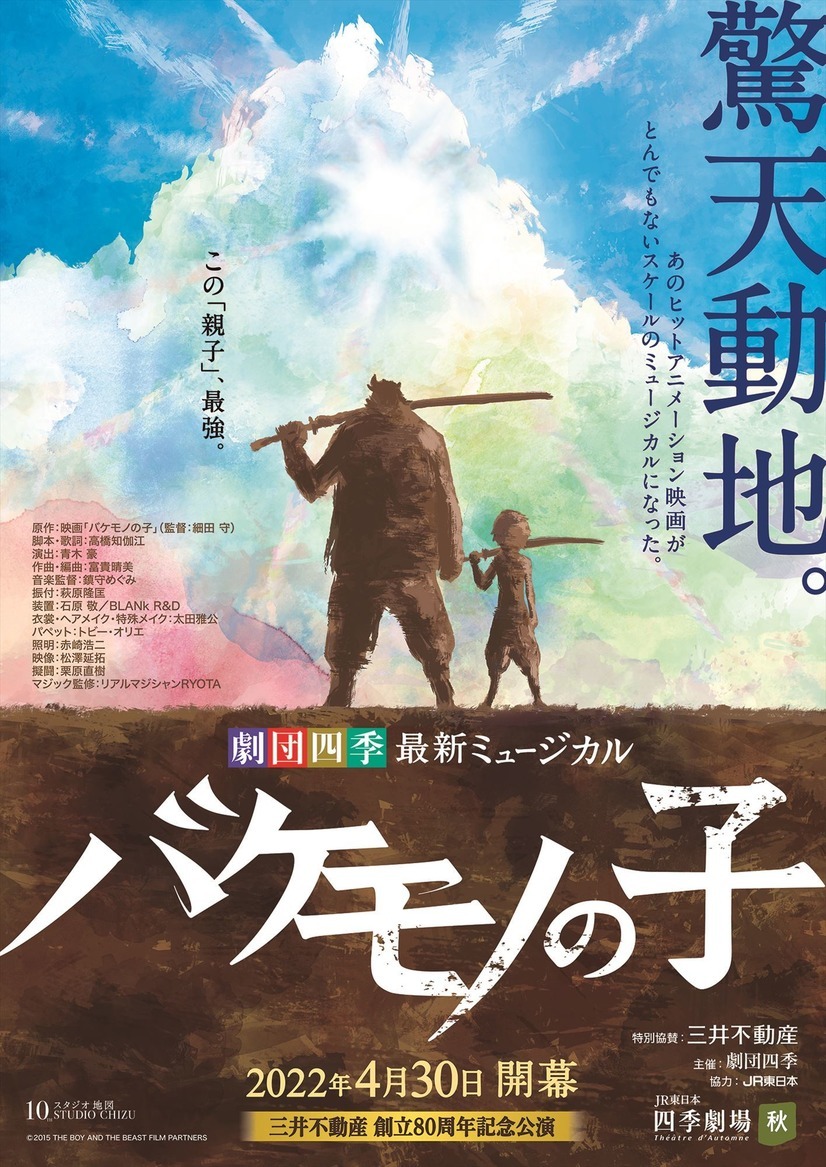 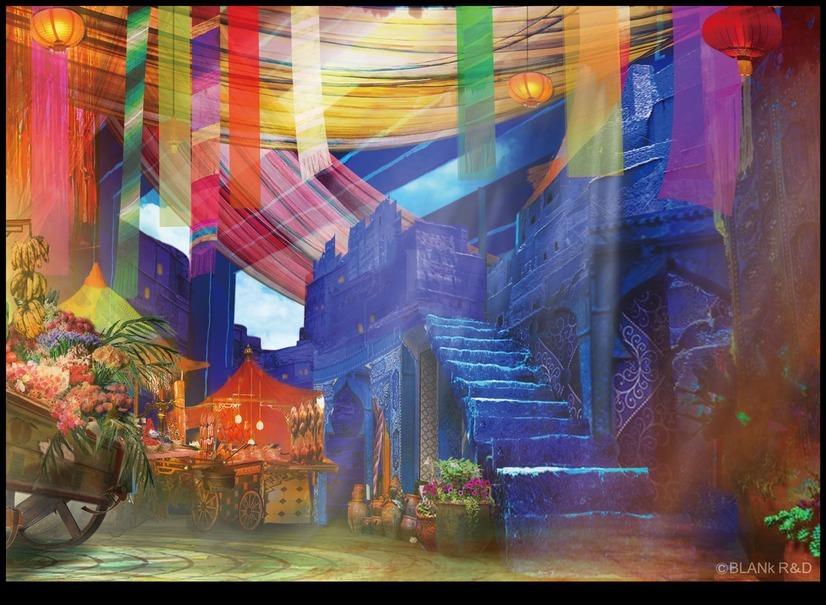