The first trailer for the upcoming new season of Terraformars, entitled Terraformars Revenge, has been released, and it is definitely the loudest thing we’ve seen today.

Terraformars Revenge is the second season of the anime which ran in fall 2014. Many staff members are changing for the new season. Michio Fukuda (Hyakko) will direct, Cagetzu Aizawa (Rage of Bahamut Genesis) and Atsushi Ikariya (Fate/Zero) will design the characters, and Naruhisa Arakawa (Kingdom) will handle series composition.

Revenge will begin airing April 2016. The live-action Terraformars film will be released the same month. 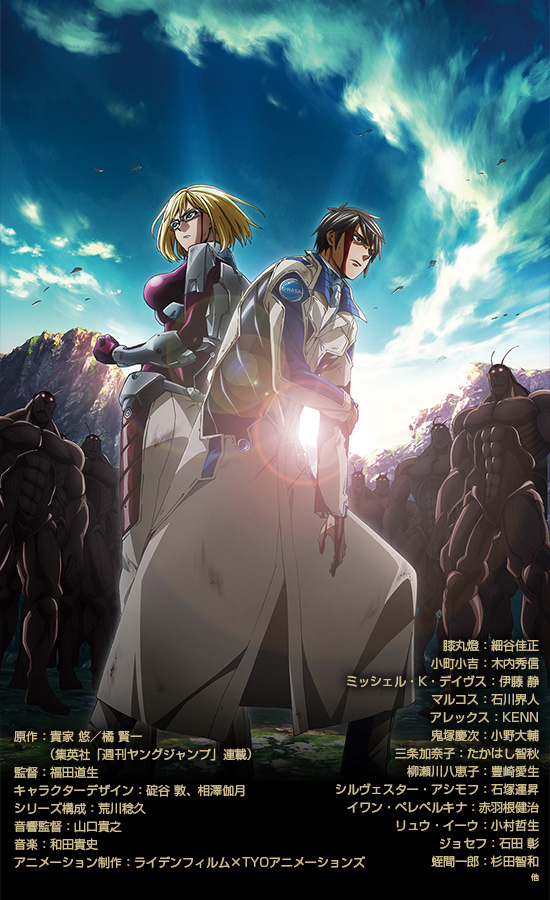