Tell Everyone to “Kill Me, Baby!” With This Otaku Military Parka 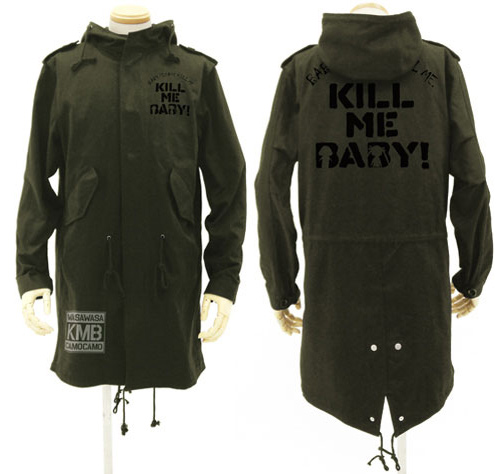 Preorders are up for the official Kill Me Baby! army parka, the early contender for Realest Anime Merchandise of the Year. Based on the US Army’s M-51 fishtail parka, used during the Korean War, this fine piece of outerwear displays the title “Kill Me Baby!” (as well as the other title, “Baby, please kill me”) loud and proud on both front and back. 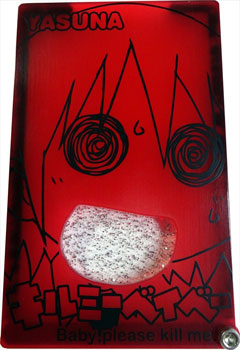 It’s one thing to love your anime. It’s another thing to wear your anime around. It’s another thing entirely to put down about $150 on a piece of clothing which instructs anybody who sees you around– four times on one piece of clothing– to please murder you. That’s the kind of real-deal fan dedication that puts your life on the line. I would not wear this jacket on the New York City subway.

After running unnoticed on Japanese TV, the Kill Me Baby anime has grown something of an after-the-point following for its strange sense of humor, which frequently borders on anti-comedy. Other Kill Me Baby merch is similarly off-kilter, like the “Let’s dancing!” bag and the business card case with an actual gaping mouth. It’s clearly very high-level stuff, and I’m looking forward to the Kill Me Baby itasha.