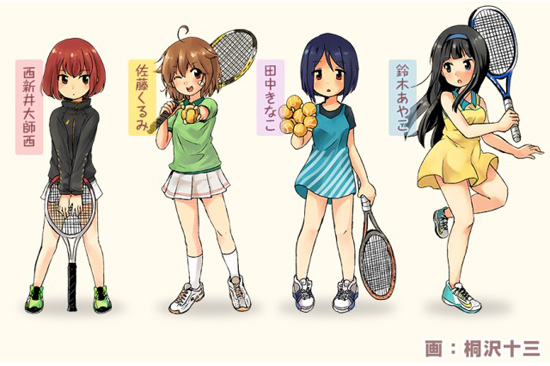 Popular tennis series Teekyu will get a spinoff series called Usakame in 2016, according to a report by Anime Anime.

The series will be based on the manga by Teekyu author Roots and artist Juzo Kirisawa and will revolve around a group of rivals to Teekyu’s Kameido High School tennis club and their “strange everyday lives.”

The characters in the new series will be played by the members of the idol group Earth Star Dream, who did the theme song for Teekyu season 6.

Teekyu fans will no doubt find a lot to like about Usakame.