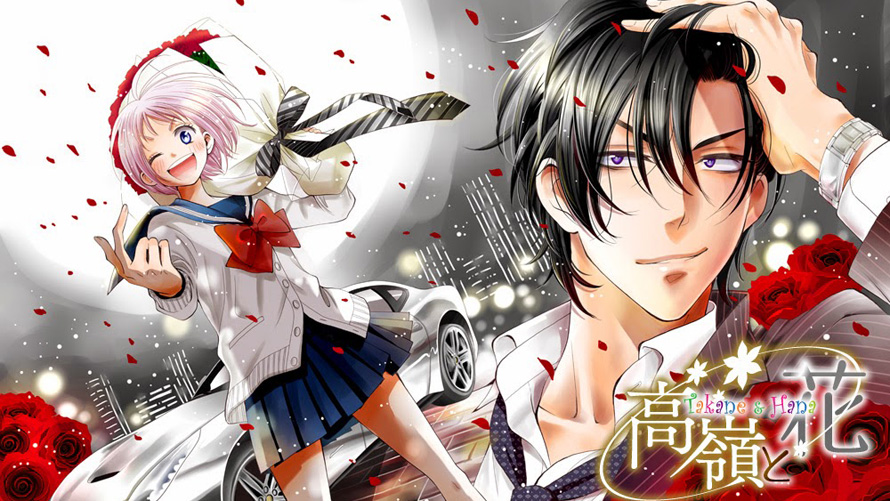 When Hana fills in for her older sister at an arranged marriage meeting, she’s introduced to Takane, obnoxious scion of the Takaba Group, a massive corporate conglomerate that can shake the economy with one word. After Takane insults Hana, she tosses her wig at him and storms out. Presumably she’ll never have to see Takane again … but then he shows up to take her out on a real date. Thus begins a comical game of dating one-upmanship. Hana discovers, to her cruel delight, that suave businessman Takane is hopelessly naive about dating, women, and relationships. But Takane also expertly reads Hana. 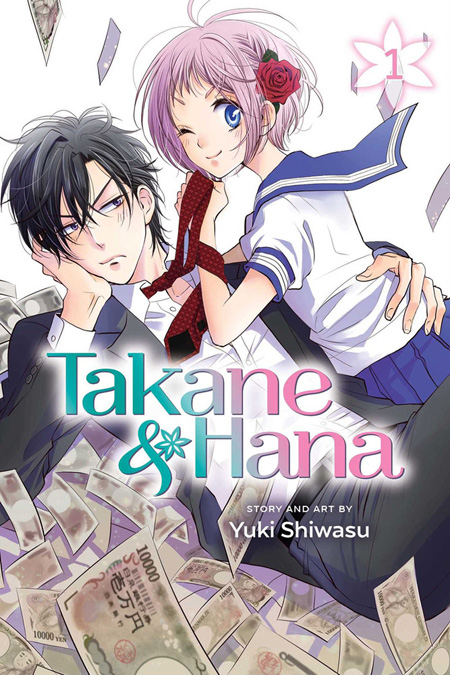 Takane & Hana takes the typical romance cliché of “opposites attract” and runs with it in often hilarious ways. He’s rich, she’s not. He’s a snob, she’s down to earth. They differ in everything from wealth to taste level to their ages. The age disparity is a bit creepy—Hana is 16 and Takane is 26—but the characters themselves are acutely aware of the age gap and the manga doesn’t try to gloss over it. Hana’s keen intelligence is more than a match for Takane, and his social ineptitude often puts him on an emotional rung beneath Hana. And while her parents and friends encourage the relationship, Hana doesn’t want to get married right away. Her nightmare “fantasies” of marrying Takane and their resulting offspring result in some hilarious four-panel gag strips.

The entire book is a rom-com delight. Instead of forced situations, Shiwasu creates genuine humor from the characters’ personalities and foibles. As Hana and Takane get to know each other better, they also see through each other more and more, which is both curse and blessing. Shiwasu’s art is slick and precise with lots of goofy facial expressions that lend to the comedy. The plot is well paced and there’s never a dull moment or page. Takane & Hana is a worthy successor to classic rich boy/ordinary girl romantic comedies like Boys Over Flowers. Recommended.