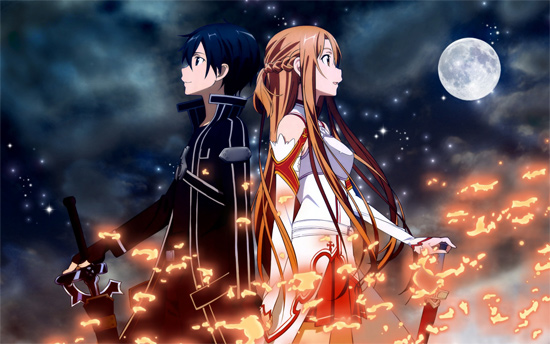 If our observations on a trip there last summer are any indication, anime is pretty popular in Taiwan. Animate, the otaku-centric anime shop, have a few stores there, and just as in the States, anime regularly airs on the TV.

That became a small problem for Taiwanese broadcaster CTV this week, when they were fined 210,000 Taiwan dollars for airing Sword Art Online episode 24. The scene in question shows a villian, Sugo, wanting to rape the heroine Asuna. Stay classy, SAO.

If the NCC, Taiwan’s version of the FCC, seems overly strict, keep this in mind: the problem, apparently, stems from SAO being rated “general audiences” despite having some adult themes; by comparison, SAO airs in the States with a TV-14 rating. Note, too, that 210,000 Taiwan dollars is about 7,000 USD. We’re not taking sides here, mind.

Take a look at a comparison video from an earlier episode of SAO that aired on CTV: clearly, they’re trying to do their best to avoid fines. Hey guys, I’m no expert, but wouldn’t it be simpler to just rate the thing “not kids’ stuff”?