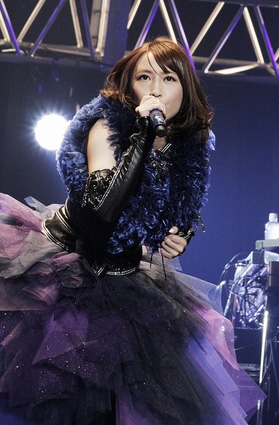 Eir Aoi, the singer who has contributed themes for anime like Kill la Kill, Sword Art Online and The Heroic Legend of Arslan, has performed her final concerts before going on indefinite hiatus, reports Anime Anime.

The two-day event, which took place November 4 and 5 at the Budokan in Tokyo, brought in 15,000 fans of the artist.

“Thank you for finding me. Thank you for loving my songs. Thank for always supporting me,” Aoi was quoted as saying to the audience.

It was announced in August that Aoi, who debuted in 2011 with “Memoria,” the ending theme for Fate/Zero, would go on hiatus due to poor physical health. Unconfirmed rumors on Japanese social media have also centered around the singer’s mental state and pre-debut appearances in “gravure” photo shoots.

Aoi’s hiatus is indefinite, meaning it is unclear when – or if – the singer will return to the world of professional music.