We’re only about halfway through the spring season, but that’s not stopping a flood of promotional material for this summer’s stuff. Today we’ve got a new teaser poster and trailer for Love and Lies, the July series from Liden Films and director Seiki Takuno.

Love and Lies (Koi to Uso), based on the manga by Musawo, takes place in a world where 16-year-olds are assigned a spouse by the government and centers around Yukari, whose crush and assigned wife are – you guessed it – not the same person.

The series will star Ryota Osaka, Kana Hanazawa and Yui Makino and debut in Japan July 3. 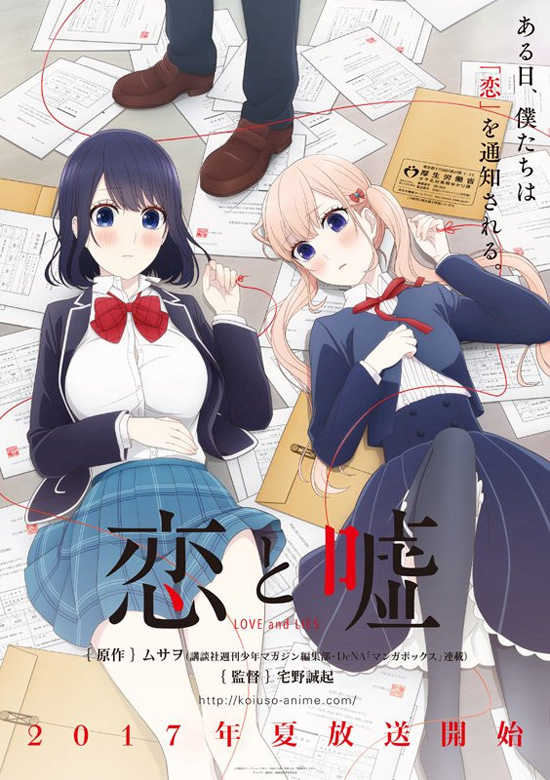