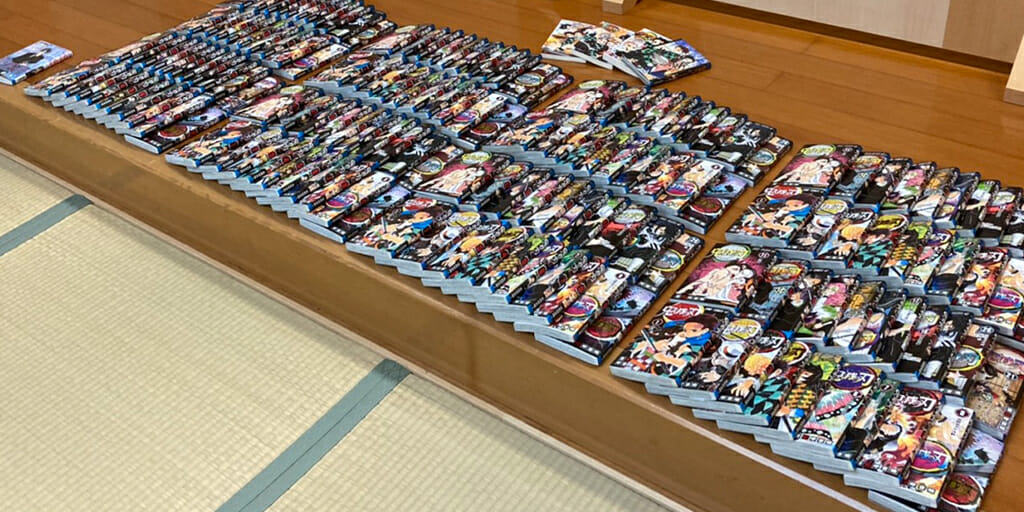 There was a big hoopla when someone stole 20 volumes of Demon Slayer from Onsen no Mori hot spring and the facility responded by asking nicely on social media for the books to be returned. Time passed and at least 190 copies of Demon Slayer were donated by fans, but there was as yet no response from the thief. However, Onsen no Mori’s plan has worked: the original stolen manga copies have been returned.

Because Onsen no Mori stamps all of their books, they can confirm these are indeed the stolen copies.

According to SoraNews24, manager Takeo Umebayashi wrote on the Onsen no Mori website:

“On October 13, all volumes of Demon Slayer were returned by the person who took them.
We also received a latter of apology, in which the person said ‘I was planning to return them after I was done reading them, but when I saw all the commotion I had caused, I became scared and couldn’t [do it right away].’”

Umebayashi remarked on the “endless potential” of social media, yet it “sometimes becomes a blade that hurts people.”

Believing that the thief is reformed, Umebayashi also said,

What do you think of the outcome?

LILYKA Manga Artist’s YouTube Page Is Here to Help Artists
Anime to Look up While You Wait for Demon Slayer: Mugen Train