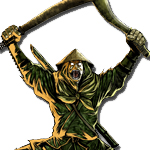 Ninja Slayer is a light novel series that claims to be created by the American team known as Bradley Bond and Philip Ninj@ Morzez, but that’s all apparently a fake backstory the publisher whipped up for fun. Warainaku provides illustrations, and the series has been adapted into manga, as well. Next up is an anime, and according to the last volume of the novels, Ninja Slayer: Karate Pistol Fist Suicide, Trigger is attached to the animated version.

Trigger is on top of its game right now coming off the hit series Kill la Kill, and it looks like the studio has more over-the-top action on the horizon. Here’s how the announcement appears in the volume: 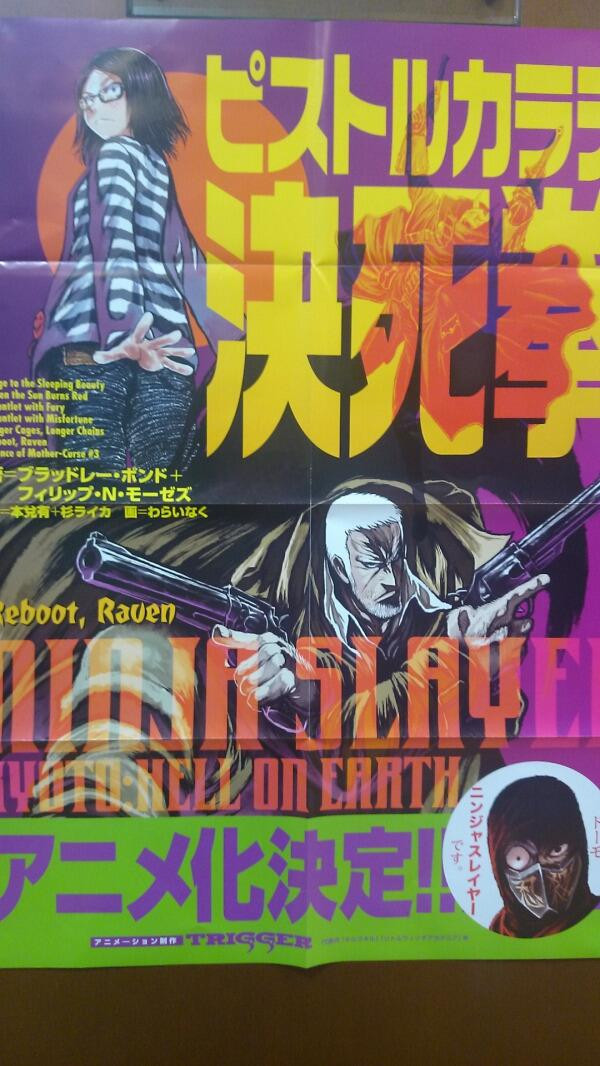