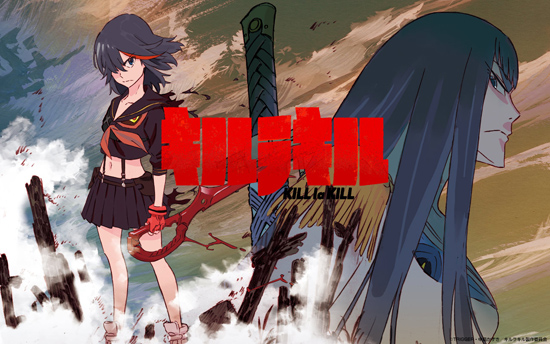 We know quite a few of you readers are industry geeks, so why don’t we take a look at a real-life anime industry job posting?

So Trigger are on the hunt for three animators for their branch in Fukuoka in southern Japan. What are the qualifications? Applicants must be 25 years or older and have experience drawing genga (key frames). They’ve also got to be in Fukuoka ready for work by January 2016. Finally, Trigger is looking for someone “thinking about migrating to digital workflow.”

Trigger asks applications for a resume, a list of anime they’ve previously worked on, and a health check taken in the last three months (this is typical for a Japanese company). 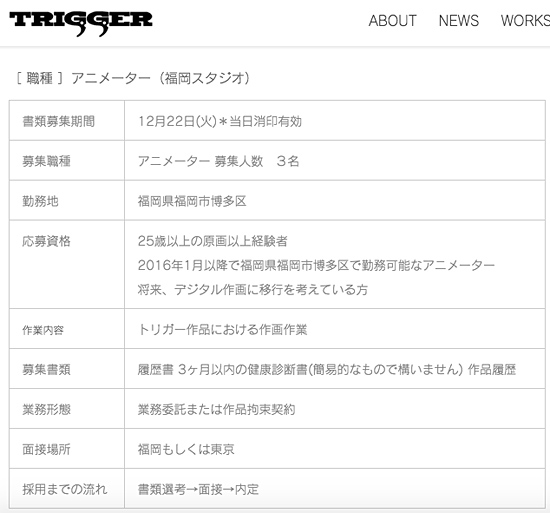 Notably absent? Any mention of salary.

We’ve posted before about the abysmal wages for animators in the industry, though we’ve often heard that Studio Trigger is one of the “good guys,” offering animators wages they can actually live on. A few months ago, we posted a review of Trigger producer Kazuya Masumoto’s thoughts on the industry.

Also interesting that one of the qualifications is for someone considering a move to digital. Though a lot of anime is still drawn by hand – then scanned in for coloring and editing – that’s clearly a process that won’t be around forever, and Trigger is clearly thinking about the future.