Speedrunning The Legend of Zelda: Ocarina of Time in Manga Form 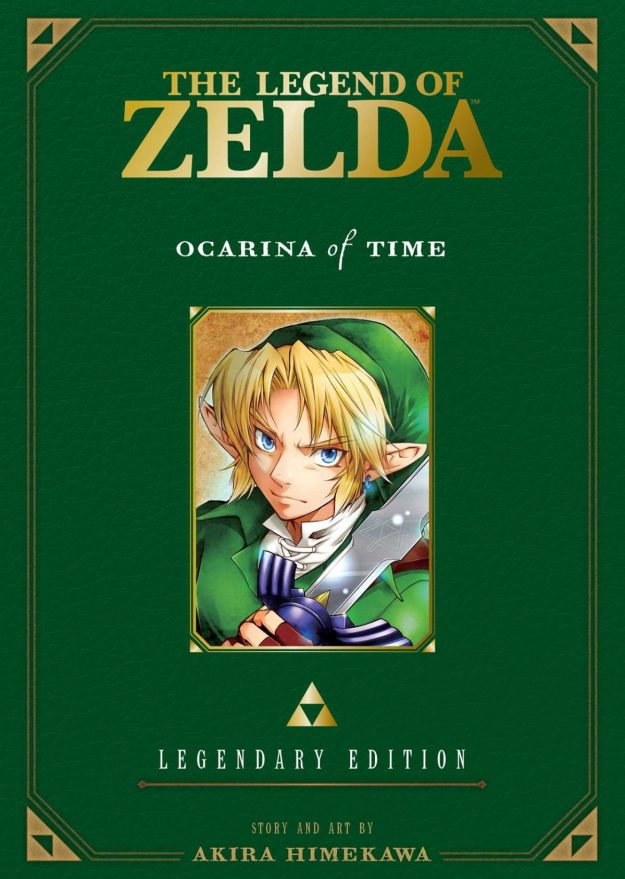 For some fans, playing through The Legend of Zelda: Ocarina of Time is an annual event. Others may play it every single day, especially if they’re speedrunning it. For the rest of us, however, it might be a little difficult to find the time to revisit the Nintendo 64 classic, and that’s assuming you think it’s held up well against the rigors of time. That’s where the Ocarina of Time manga, written and illustrated by the Link-lovin’ duo known collectively as Akira Himekawa, comes in especially handy.

Viz recently released the entire Ocarina of Time portion of Himekawa’s Zelda manga in a single omnibus volume, covering everything from young Link’s pre-Deku Tree days to the bonus side-stories that round out the collection. The entire saga is lovingly illustrated, with a delicate shoujo-esque aesthetic that makes Link’s adventure particularly beautiful. The layouts are similarly lush; seriously, there is almost no wasted space here, and that’s only occasionally to a fault. After all, we do have a 40-hour game to get through, and the fact that they do so in under 400 pages is a mighty impressive feat.

There are a few setbacks to this rapid-fire method of storytelling, mostly in terms of how the dungeons are handled and the way the meat of the action is portrayed. Look, I would never expect a manga adaptation to do a deep, Let’s Play-style dive into each and every environment in Ocarina of Time, but the in-and-out mechanics of the dungeons sort of diminishes the overall struggle. The pattern goes like so: Link enters a new area, uncovers the plight of its people, heads into the local dungeon, and immediately runs into and defeats the boss within. The stakes here are just as high as they were in the game, but the level of conflict and the amount of truly hard-fought victories aren’t quite where they should be.

Despite a caveat that seems relatively substantial, I would much rather revisit Ocarina of Time in manga form than through playing the game itself. I don’t have as much time for a few dozen hours of nostalgia-trippin’ as I used to, and besides, Link actually has a distinguishable personality in the manga! You’ll also never have to hear Navi’s voice, so consider that a massive point in this collection’s favor. Recommended.